West Bromwich Albion have benefited from their successful youth academy this season with Saido Berahino’s fantastic performances and match winner at Old Trafford against Manchester United. 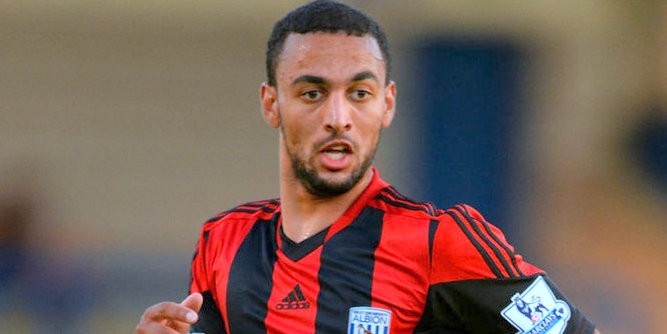 Fellow hopefuls Isiah Brown and Yan Dhanda were the next big things being talked about, who had the chance to break into the Albion eleven in years to come, but they have moved on to Chelsea and Liverpool respectively.

There is obviously talent coming through the youth levels, and there should be more to come, with one stand out name.

Kemar Roofe is a tricky winger who has been ever present in the under 21 side this season. After watching him play several times for the under 21 side, he is in the perfect mould for the first team. He has the ability to take on players, beat his man and whip balls into the box.

He had a stand out performance against Liverpool under 21s in the week, during a 4-2 win, where he scored two goals in the process. His first was an excellent finish, curling the ball into the top right hand corner, showing real skill. Another key attribute to his game is his ability from set pieces.

He scored a penalty against Liverpool in the last minute of the game to seal the win, but also takes free kicks for the under 21s from around the area. He is able to get the ball up and over the wall, testing the keeper nearly every time, creating goal scoring chances.

West Brom play with a 4-5-1 formation, and Roofe would fit well into the system. He can play on either wing and would be a good outlet, if he continued to develop the way he is.

Roofe is thought to be held in high regard with the Baggies management, making appearances during Albion’s pre-season, most notably against Italian side Genoa, which featured players such as Albert Gilardino. This shows Clarke trust the twenty year old in the bigger games, even though it was pre-season, which should help give the player confidence. He was also given game time during West Brom’s pre-season tour of Austria.

Roofe has already began to follow in the footsteps of Berahino, as they have both have been on loan at Northampton Town and developed in the under 21s. Northampton manager Aidy Boothroyd, who has also managed in the Premier League for Watford, said Roofe is “direct and creative, he is exciting and he can play in any attacking position.”

If Albion are to repeat last season’s feats, Roofe may get his chance towards the end of the season if Albion are safe. He is a player who clearly has the ability, and developing at a good pace.

All the talk at the moment is about Berahino, but it could be sooner rather than later before he is joined by another young Albion star.