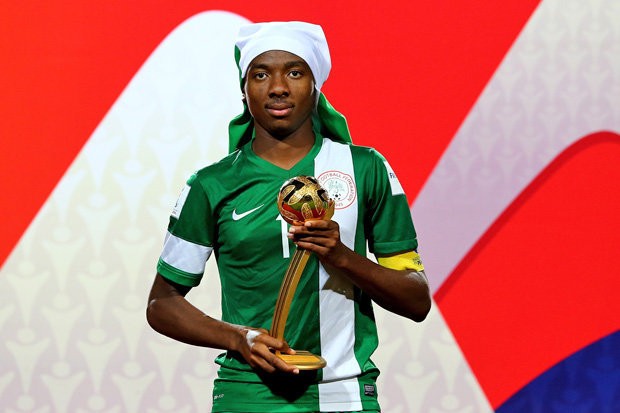 Nigerian midfielder Kelechi Nwakali is close to joining Arsenal after the player agreed personal terms with the North London outfit.

According to latest reports, a five-year contract has been agreed.

The deal should be announced once all the complications are ironed out.

The Gunners will reportedly pay a transfer fee of about £3 million to the Diamond Football Academy as part of the deal.

Nwakali visited the Emirates in January and spoke to the club about a move back then.

“Kelechi Nwakali was with Arsenal but came back from London to join the national team,” Diamond Football Academy president Martin Apugo said.

“He will travel this month to Arsenal, he is still in the Flying Eagles camp.

“He has agreed a five-year contract, he is a player of Arsenal.”