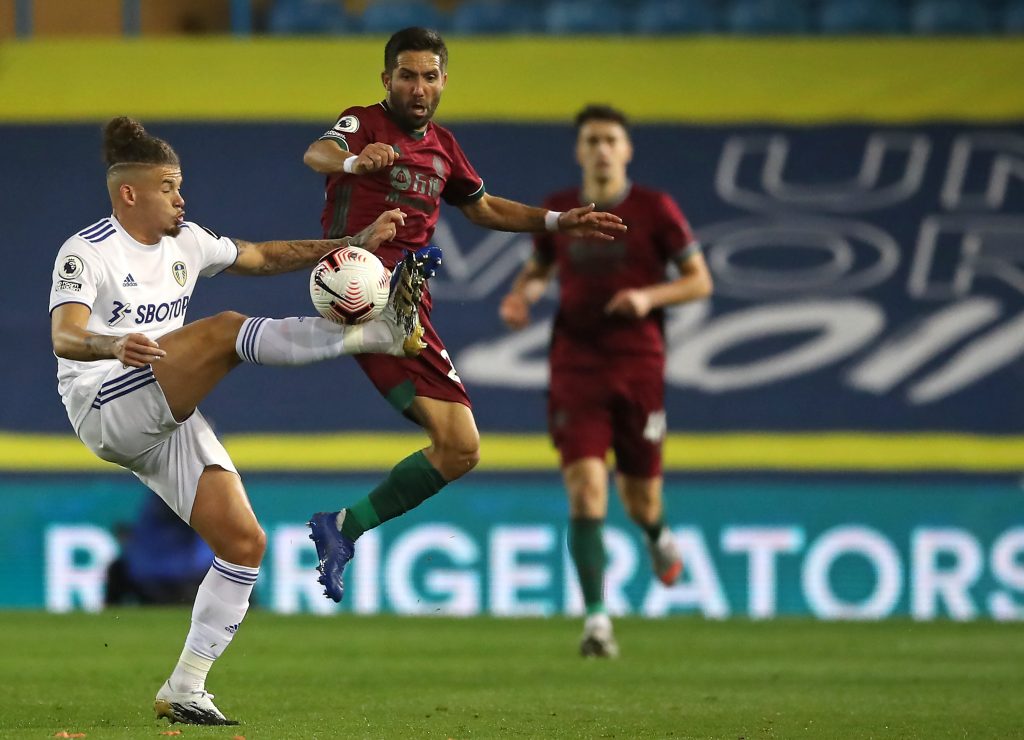 Leeds United have suffered a massive injury blow with Kalvin Phillips expected to remain on the sidelines for up to six weeks.

The England midfielder took to social networking site Twitter to confirm that he could be out for a few weeks, but he won’t be needing surgery.

Luckily I won’t be needing surgery and have already started my rehab so looking forward to getting back on the pitch as soon as possible. 💪🏽🤍

The 24-year-old has progressed immensely under Marcelo Bielsa in recent years, and his injury is a massive setback for the club.

Phillips has been ever-present for Leeds this season, but he could be out till December.

It means, he is likely to miss some crucial games for the Yorkshire club in the coming weeks – the lay-off could rule him out against Aston Villa, Leicester, Crystal Palace, Arsenal and Everton.

How would Leeds cope without him?

Phillips is a top-quality defensive midfielder and he does a specialised job that is hard to replicate.

He sits deep, does the dirty defensive job, breaks up play, and sprinkles out passes – put it simply, one needs to watch Phillips alone to understand how Leeds operate under Bielsa.

In his absence, Bielsa is likely to deploy Mateusz Klich in a deeper role, although it won’t be a like-for-like replacement. Klich has previously played as a defensive midfielder for Leeds and has done really well.

He played four games in the Championship last season in the defensive midfield role. Leeds recorded three wins and a draw during that period.

would make the most sense I think

Phillip’s injury could also open up the opportunity of a starting place for Jamie Shackleton who has always impressed when called upon.

Shackleton has got good technical abilities and he is good at pressing. He can play as a right-back, but he has impressed previously while operating as a deep-lying playmaker.

Last season, Ben White played in defensive midfield as well, which means Bielsa could trust either of Robin Koch or Pascal Struijk for that role.