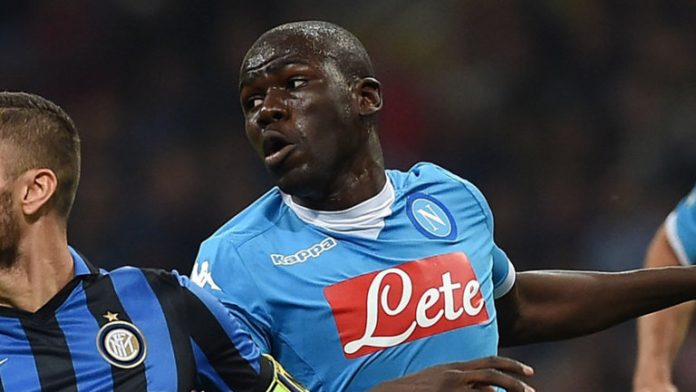 Kalidou Koulibaly’s agent has refused to rule out a move to Chelsea this summer.

Arsenal, Manchester United and Barcelona have previously been linked with the Napoli defender and Bruno Satin has told Radio CRC that a transfer away from the Serie A club is possibile.

“Koulibaly, (Maurizio) Sarri and (Elseid) Hysaj at Chelsea?” he said.

“I know nothing, even if Chelsea get into the Champions League.

“The transfer market and the Napoli president make the value. This is because he hasn’t a release clause.

“I don’t know if these will be his last three games with Napoli, because each summer there are offers but he’s always remained.”

Koulibaly began his senior club career with French side Metz in 2010, before moving to Belgian club Genk in 2012. He joined Napoli two years later and quickly established himself as one of the best defenders in Serie A.

Current Napoli boss Sarri has been strongly tipped to take over from Antonio Conte at Stamford Bridge this summer and he would undoubtedly been keen to continue working with a player who has been a key component of his team at the Stadio San Paolo.