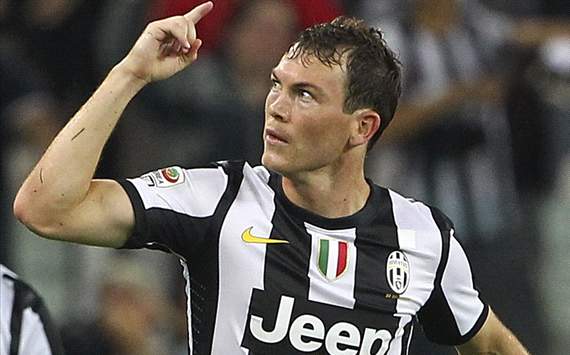 Juventus full back Stephan Lichtsteiner has insisted that nothing is finalized amid reports linking him with an imminent move to Arsenal this summer.

Lichtsteiner’s contract with the Turin club runs out at the end of this month and the 34-year-old is widely tipped to become Unai Emery’s first signing on a free transfer.

However, when asked whether he is close to a move to the Emirates, Lichtsteiner told newspaper Blick (via ESPN): “Nothing is completed yet, no.

“I can’t say anything about the negotiations. As long as nothing is concluded, that’s what’s always interesting in football. I think we all know that. Therefore, there’s nothing new to say.”

The veteran full back, who played an integral role for Juventus to help them win seven straight Serie A titles, could turn out to be an excellent signing for the Gunners as they prepare for life under Unai Emery.

Lichtsteiner also added that he avoids to get bothered with the speculations relating to his club future, stating: “I don’t read it at all, I’m in Lugano – so in Switzerland. The rumours aren’t even reaching me, and it’s good this way.

“I know Italy very well and I know what gets said, written and speculated about there. I’m used to it.”

Should a move materialize this summer, Lichtsteiner will provide competition to Hector Bellerin ahead of the upcoming campaign, however the Swiss can be deployed in a number of different positions.