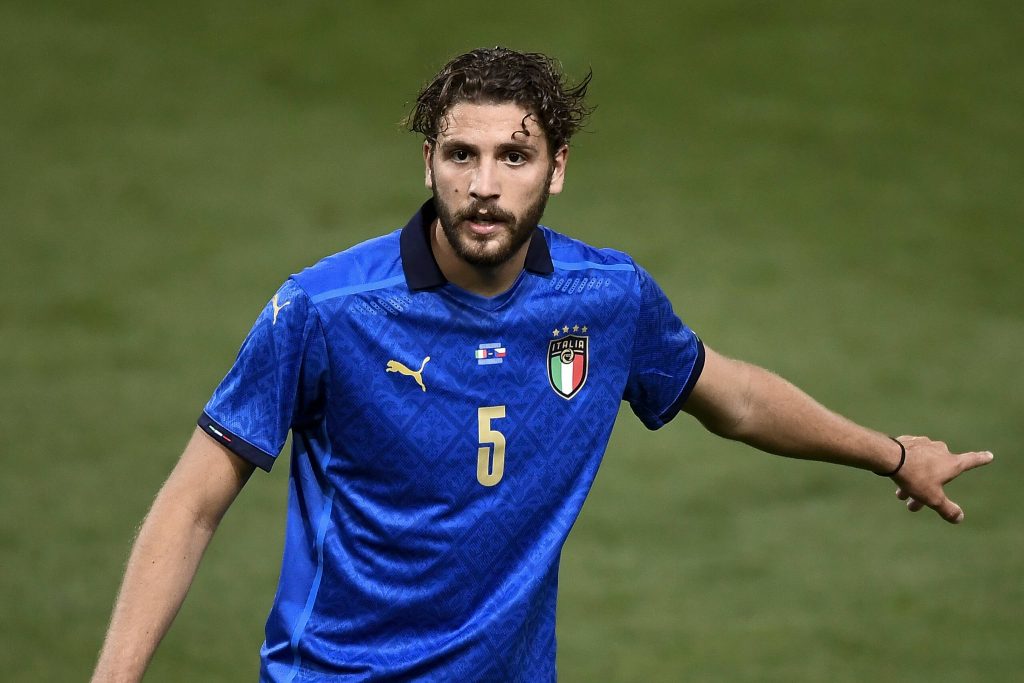 Juventus have completed the signing of Sassuolo midfielder Manuel Locatelli, as confirmed by journalist Fabrizio Romano on Twitter.

Locatelli has been one of Sassuolo’s main men since arriving at the club in 2018 from AC Milan.

In the three years since his signing, he has made 99 appearances, scoring seven goals and earning 15 caps for the Italy national team.

But it was this summer when he really announced himself. In the absence of midfielder Marco Verratti, the 23-year-old started Italy’s first two group stage games of the European Championships, scoring a brace against Switzerland.

His performances at the tournament turned the heads of some of Europe’s richest clubs, with Juventus and Arsenal both reportedly vying for his signature.

The former have won the race, with journalist Fabrizio Romano confirming his arrival at the Allianz Stadium on Twitter. He will sign a five-year deal for an initial fee of €35 million.

The Italian is expected to be a big part of Massimiliano Allegri’s side as they look to get back to the top of Serie A.

He will be competing with Arthur, Aaron Ramsey, Rodrigo Bentancur, Weston McKennie and Adrien Rabiot for spots in central midfield.

The move could have a knock-on effect around Europe, especially at Barcelona.

The Catalan giants were believed to be keeping an eye on Locatelli’s situation, as it could impact their proposed sale of Miralem Pjanic to Juventus.

The Bosnian had been heavily linked with a return to his former club, as La Blaugrana looked to get him off the wage bill.

They have struggled to meet La Liga’s salary cap rules, forcing them to let go of club legend Lionel Messi.

However, with Locatelli’s signing at the Old Lady confirmed, a move for Pjanic is looking unlikely.

Allegri’s men begin the season this weekend with a trip to Udinese.

They will be hoping for a huge improvement on last season’s showing when they finished fourth in the league and exited the Champions League in the round of 16.