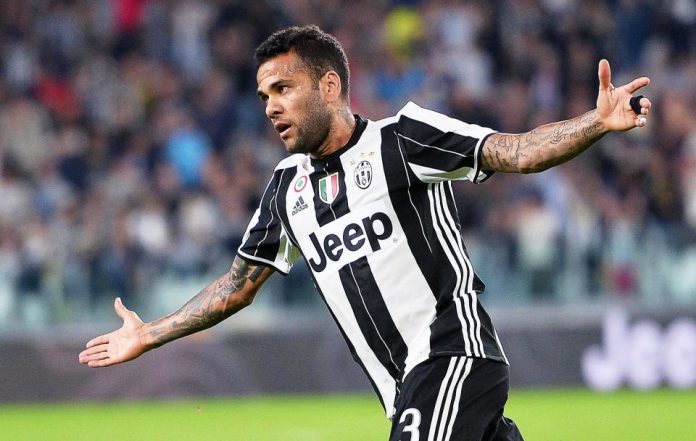 Brazilian full back Dani Alves is nearing his proposed move to Manchester City after Juventus chief executive Beppe Marotta confirmed that the player has asked to terminate the final year in his current contract.

After his controversial departure from Barcelona, Alves joined the Old Lady last summer on a two-year deal that expires at the end of next season. However, the Italian champions have confirmed that the 34-year-old will be released from his contract after asking to leave the club this summer.

Speaking in an interview on Wednesday, Juventus chief executive Beppe Marotta said: “It’s not a breakdown of our rapport, as motivation is fundamental for a player.

“Dani Alves told us he wants to try an alternative experience, so we will terminate the contract by mutual consent and wish him all the best. Of course there is disappointment at what he said, but we confirm there was no split.”
Alves appears poised to join Manchester City imminently that will see him reunite with his former Barcelona manager Pep Guardiola. Despite reported interest from Chelsea, the Brazil International has opted to move to the Etihad stadium as Citizens seek to revamp after their disappointing first campaign under the highly-sought Spanish coach.
Following his successful spells in Brazil, Spain and Italy, the Manchester City-bound right back recently revealed his desire of playing in the Premier League before describing Pep Guardiola as the footballing genius.
Alves scored six goals and provided six assists from a wing-back position in his debut campaign in Italy to help Juventus win the Serie A and the Coppa Italia before finishing the season as runners up in the Champions League.
Join our Telegram channel to stay up to date on the latest in marketing