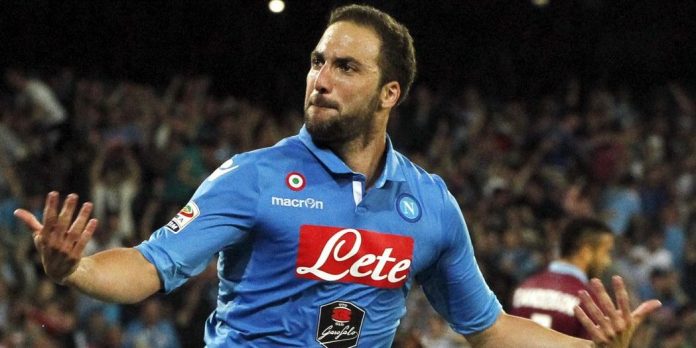 Juventus are close to wrapping up a deal for the Napoli striker Gonzalo Higuain.

According to latest reports in Italy, the Italian champions have triggered the player’s release clause and will complete a club record signing for the Argentine soon.

It is understood that the Italians are now spending the Paul Pogba money, who is closing in on a world record transfer to Manchester United.

Higuain completed his medical with Juventus in Madrid yesterday and the player has already agreed a four year contract worth around 7.5 million Euros per season according to Calciomercato.

The ever reliable Italian journalist Fabrizio Romano (part of Di Marzio’s team) has also confirmed this information on his official Twitter account earlier.

Boom: Gonzalo Higuain has had medicals with Juventus, yesterday in Madrid! And he has signed his contract until 2020 #transfers

It was not necessary but, here you’ve some confirm about Higuain having medicals with Juventus in Madrid, yesterday pic.twitter.com/IrNCakdK9u

Higuain was a target for Chelsea and Arsenal, but it is believed that the Premier League duo backed out due to Napoli’s demands.

However, Juventus have met the player’s release clause now and there is nothing Napoli can do to block the move. The player has a 94 million euros release clause.