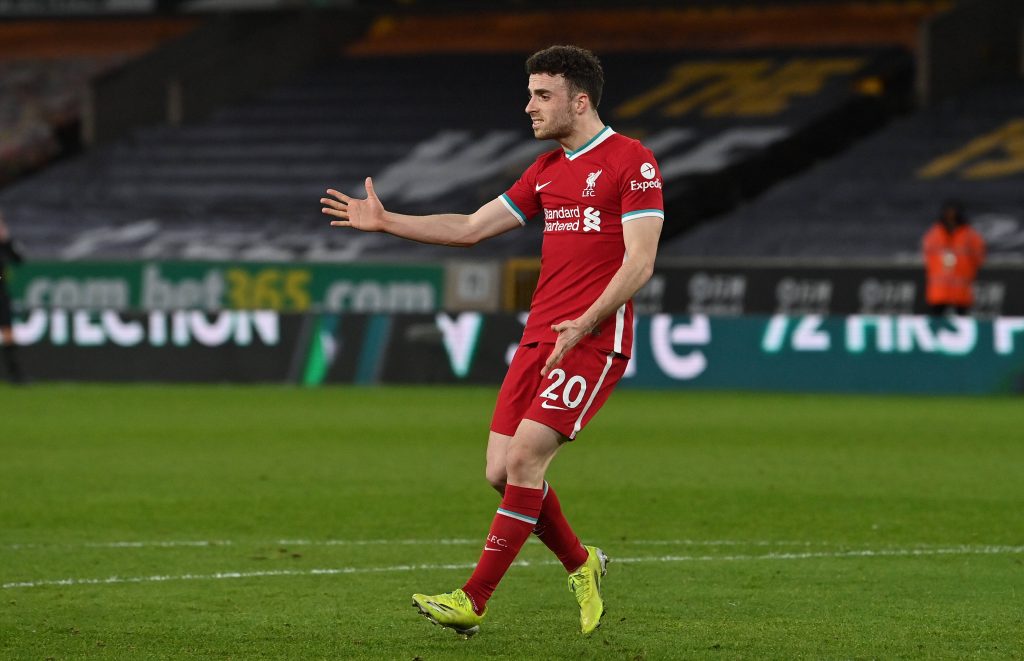 Jurgen Klopp has showered heaps of praise on Diogo Jota after his latest display against Wolverhampton Wanderers on Monday night.

Liverpool rekindled their Premier League top-four hopes with a 1-0 win over Wolves at Molineux, where Jota scored the Reds’ winner.

The 24-year-old started the match alongside Mohamed Salah and Sadio Mane in the front three and scored in the first half with a superb left-footed strike.

Wolves dominated the possession, but Liverpool managed to grind out a result Jurgen Klopp described as “three dirty points.”

When Klopp was asked to comment on Jota, he told BBC Radio 5 Live Sport that the performance from the Portuguese forward didn’t surprise him.

He said that Jota has once again made an immediate impact, but the club cannot take his impact for granted because he was out for a long time with injury.

Klopp adds that he has made a “real impact” during the game, proving the “class of the boy”.

"There are too many teams above us but we will try"

After a series of disappointing results, Liverpool have now picked up two wins in a row in all competitions.

The Reds have been impressive away from home, but surprisingly they are struggling to pick up points at Anfield.

They have lost six times in a row at home this season, which is quite astonishing given they held a record of 68-unbeaten run on their home turf.

Jota has now scored 10 goals for the Reds in all competitions and has registered three assists.

In other news, check how Liverpool fans have reacted to Ozan Kabak’s performance.