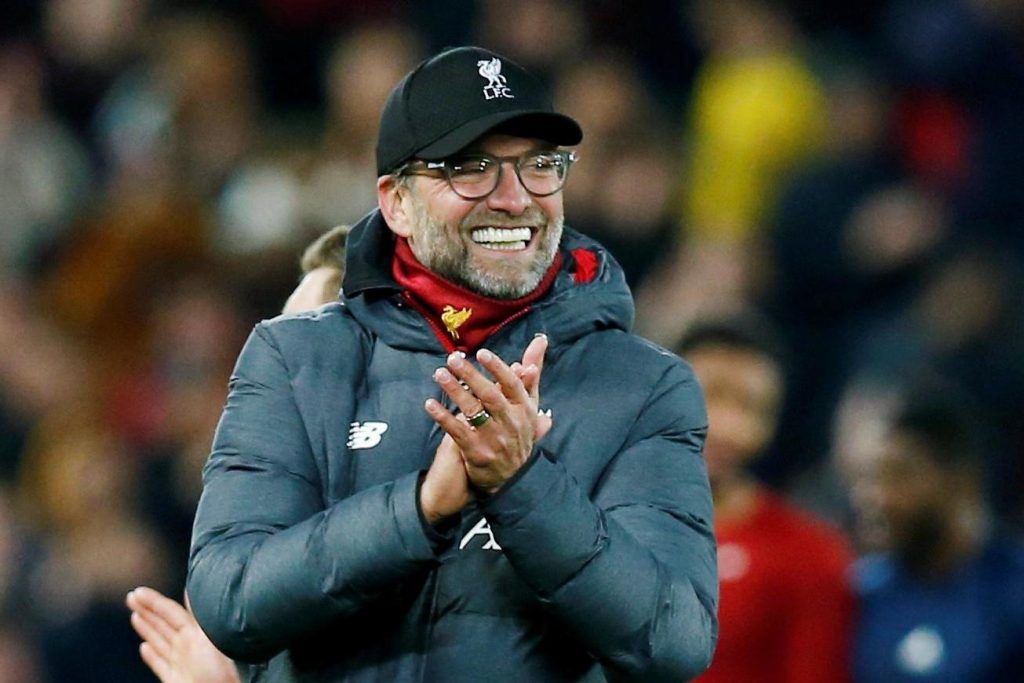 Liverpool are going to be involved in arguably their biggest game of this season when they host reigning Premier League champions Manchester City in an early title-decider on Sunday.

The Reds have held a promising record against the Citizens are Anfield, memorably ousting them in the UEFA Champions League last year.

Pep Guardiola might not have the best of records at Anfield, but Jurgen Klopp has attained king-like status with his heroics since coming on board.

The German’s overseen a stark change since arriving in 2015, but still gets giddy when talking about his pride on managing the Reds.

In his pre-match column with Liverpool.com before the game, he explained his utter delight and said, “I have been asked in the build-up to today, and previous games like this, whether as a manager I enjoy them.”

“Honestly speaking, I don’t enjoy the 90-plus minutes itself when it’s happening, but that’s the case with nearly all games I’ve been involved with as a manager in my career.”, he also added.

He further explained how genuinely he enjoys managing the set of players and helping them grow. “When you’re in the moment you are working, so you don’t allow yourself time to even think about whether it’s something you enjoy or not. But I can enjoy the situation and I do.”

“I take enjoyment and fulfilment from how my players have improved and grown together to bring us to the point that we are involved in great occasions like this.”

Klopp also reiterated his pride at seeing his side become among the very best in Europe and the self-belief the squad has developed under him.

The 49-year-old explained, “I take enjoyment from the fact these players and this team have earned their status as being one of the best football sides in the world in this moment.

“I take enjoyment from knowing that these players have total belief in themselves. I could not be prouder of what this squad has done and continues to do.”, he added.

However, Klopp wasn’t going to patronize his fans with false promises about a Premier League title before the crunch game against City, but vowed that his team will put their blood and sweat on the line to give their absolute best throughout the campaign.

He said, “We cannot and should not ever promise an outcome. We can’t promise a specific result today or that in May we will achieve anything specific either – that would be foolish.”

“What we can promise, and what they constantly deliver on, is that this team, whichever players feature on the teamsheet today, will give their all. These players don’t know any other way – it’s all of themselves and nothing less when they compete for Liverpool.”, the German quipped.

Liverpool have the opportunity to go 9 points clear of City with a win at Anfield, where they’re undefeated in 45 league games! With Guardiola’s unmoved by his Anfield record, this is guaranteed to be a slobber knocker.