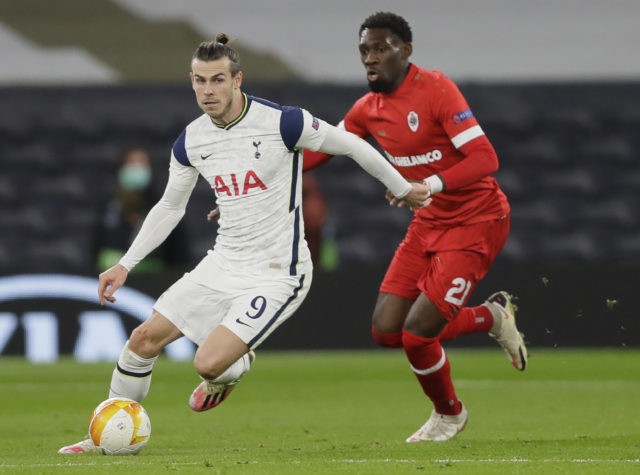 Jurgen Klopp has showered praise on a number of Tottenham Hotspur players ahead of the Premier League clash at Anfield on Wednesday.

The Liverpool boss has hailed Spurs as a ‘proper football side’, and has praised the likes of Harry Kane, Son Heung-Min and Steven Bergwijn.

Klopp feels that Jose Mourinho’s side are more than a strong counter-attacking team and that their style of football is quite similar to that of Liverpool.

The German boss has also mentioned Gareth Bale as a potential threat for the Reds.

Speaking at his Liverpool press conference, he said:

“Gareth Bale I think he was ill the last game? If he’s fit again then he’s another threat. They’re doing well.”

The Welshman unlikely to feature

Bale made an emotional return to Spurs from Real Madrid on loan during the summer.

The Welshman is yet to start a Premier League game since his return to his former club, and he is unlikely to feature against the Reds at Anfield.

Mourinho previously expressed concern about Bale’s fitness, where he suggested that he wants him in proper physical shape before he can deliver on a regular basis.

Bale – who dazzled against Liverpool in the Champions League final for Real Madrid – would have been eagerly waiting to showcase his talent against the Premier League champions, but he will probably have to wait for his chance.

Ahead of the match, Mourinho has confirmed that Bale has not trained with the team and that he is doubtful for the match.

The Welshman has done well in Europa League games this season, but he is yet to hit his best form for the north London club. Bale has played very little football in recent years at Madrid, and he could be a lethal weapon for the club once he regains his sharpness.