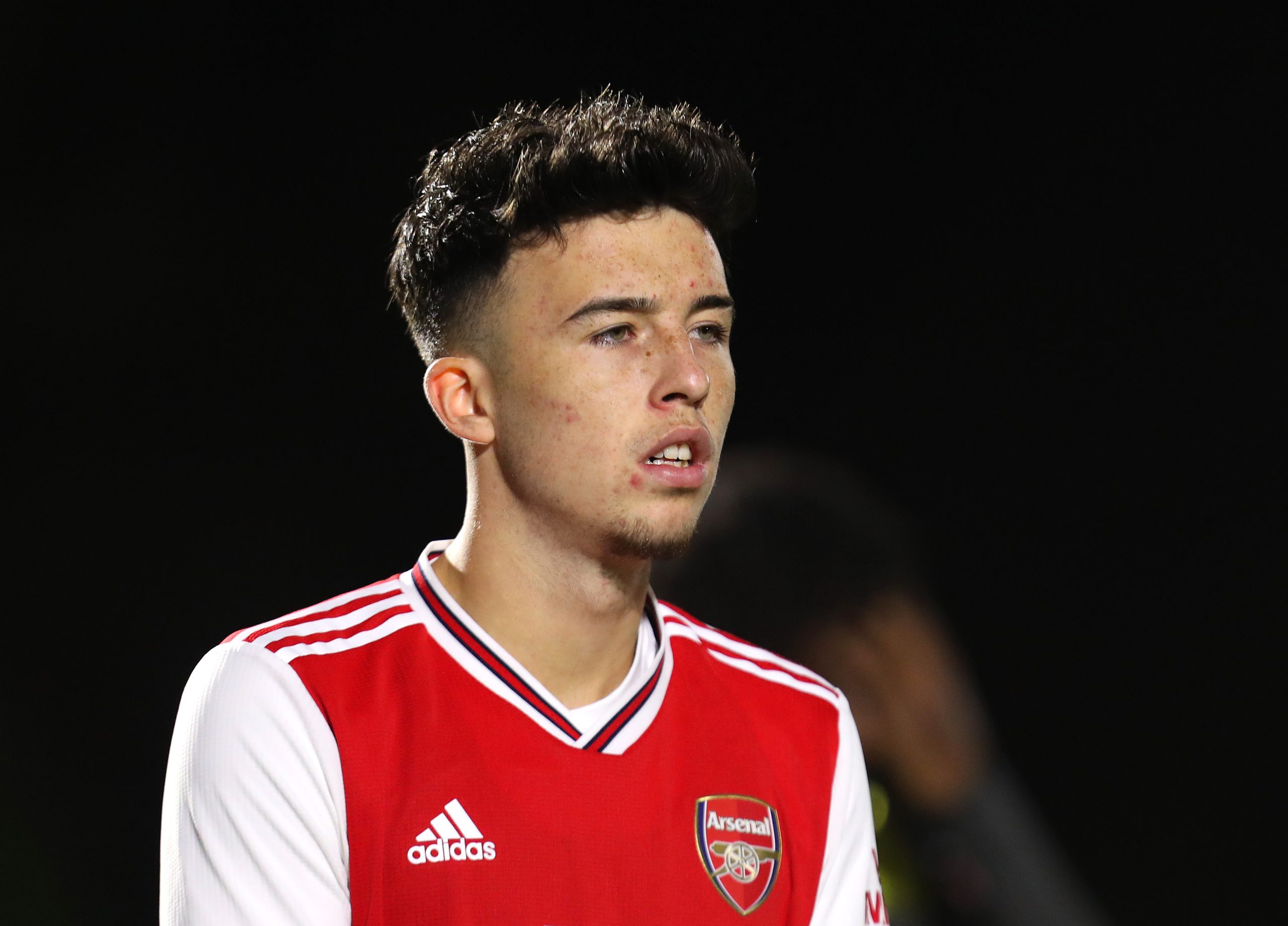 The delighted 18-year-old has reacted thus on Instagram after completing the move.

Borussia Dortmund midfielder Jude Bellingham is pleased to see his buddy switch the Gunners for the Elland Road outfit, and he has reacted thus to his post: 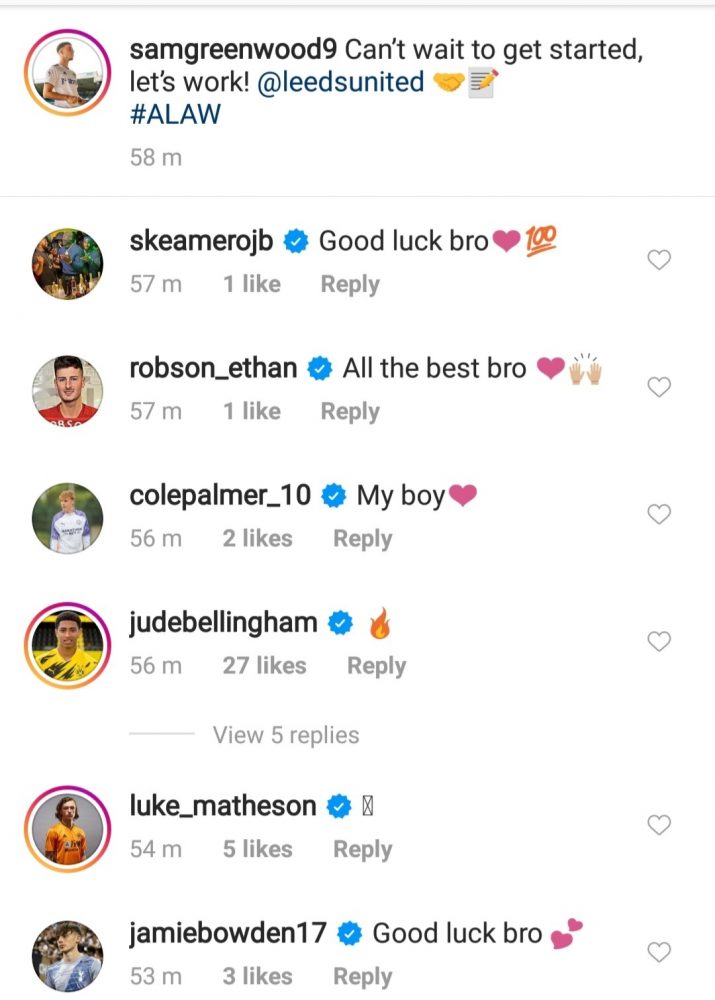 Despite playing regularly for Arsenal under-23s last term and sometimes training with the first-team, Greenwood couldn’t see a quick pathway to senior team football at the North London side.

While the teenager will initially join Leeds under-23s, he is aware of head coach Marcelo Bielsa’s track record of promoting youngsters to his team should they prove themselves, with 20-year-old duo Ian Poveda and Robbie Gotts both making their league debuts last term.

Leeds academy recently earned Category 1 status, and the club are preparing for the future and strengthening their under-23s, with talented teenagers Charlie Allen, Cody Drameh, Joe Gelhardt and Dani van den Heuvel all arriving this summer.

Greenwood is the latest addition, and he will look to start playing for Leeds first-team sooner rather than later.