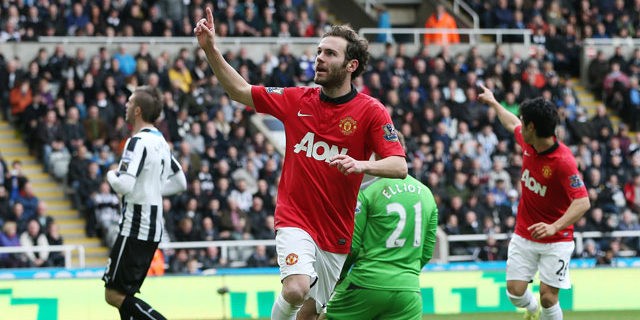 Juan Mata has revealed he had no relationship with Jose Mourinho and has blamed the Portuguese manager for his Chelsea exit.

The Spain international arrived at the West London club from La Liga outfit Valencia in the summer of 2011. The attacker was the standout players for the Blues and was named Chelsea’s Player of the Year by the players and fans for two years in a row.

However, Mourinho returned to Stamford Bridge for his second spell in 2013 after leaving Real Madrid. Since the arrival of the Portuguese tactician, Mata saw his first team appearances being limited.

Lack of first team appearances saw Mata being unhappy at Chelsea and was signed by former United manager David Moyes on a £37.1m deal earlier this year in January.

“You never know what will happen in life. He had two fantastic seasons, winning titles, I had been voted player of the year both peers and fans ,” Mata told Spanish newspaper El País.

“But he came and started to have a few minutes. For better or for worse, we had no relationship, no dialogue. I was not happy, but always gave the maximum and respected by my peers. Then came looking for United, wanted to play the World Cup and I did not think .”

Despite being signed by Moyes, the Scot was shown the exit door just 10 months into his six year contract. United replaced the former Everton boss by Louis van Gaal and Mata says he can learn a lot under the Dutchman’s guidance.

“Van Gaal has a lot of experience and I can learn a lot from him. It’s hard when it should be. Things strong, intensely says, but then it’s someone very close to the players,” the former Chelsea midfielder said.

“He likes to talk a lot with us, we ask what view of the exercises we do in training. Guardiola ever talk about, how things told him that maybe he had not seen.”

“Try also players we bring solutions to benefit the group. I love what I proposed the idea of football and it has. For me it’s more important to be a good person than a good player or coach, and he is. He is an honest man,” United star concluded.