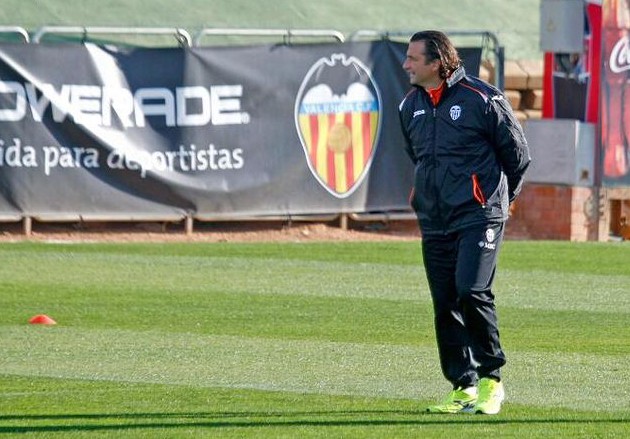 Five head coaches in a little over a year time is the kind of reality the Spanish football giants of Valencia CF have been facing lately. This season started with the team’s former favourite Miroslav Djukic at the helm of the team, but although the former Serbian international had the ambition of challenging the dominance of Real Madrid and Barcelona, he failed to achieve any kind of success. Valencia CF’s president, Amadeo Salvo, seemed to have blind trust on Djukic’s work, particularly since he claimed that the Serbian would end the current season as the team’s head coach no matter what. Nevertheless, despite the “good intentions” of Amadeo Salvo, the president ended up sacking Djukic last December, when the team was 23 points behind Barcelona and 18 points behind Real Madrid.

Valencia CF was, thus, facing a difficult period back then and after several changes at the team’s directive structure and with the manager departure, the club opened up the door for a fresh start under the rule of a new head coach, the Hispano-Argentinian Juan Antonio Pizzi.

Pizzi returned to Valencia twenty years after having served the club as a footballer in the early 1990s. The former Spanish international arrived under a cloak of glory after having led the Argentinian side of San Lorenzo to win the 2013 Torneo Inicial.

Juan Antonio Pizzi made his debut with Valencia CF on a city derby clash against Levante UD and he couldn’t have asked for a better start. Los Che won 2-0 and completely overpowered their rival neighbours during the entire match, claiming 72% of ball possession and placing 11 shots to Levante’s net.

Pizzi carried out several changes in the team and he is trying to implement a new tactical scheme and a different game style. The Santa Fe-born head coach is working on a versatile 4-4-2 style that can easily be transformed into a 4-2-3-1 with the canteranos Paco Alcácer, Dani Parejo and Juan Bernat having an increasingly positive influence on the team.

Since Pizzi’s arrival, Valencia CF have only lost once at La Liga, on the always complicated travel to Los Balaídos to face Celta de Vigo. Since then, Los Che seem to be on the right track and they are currently on the ninth place of the league table. The Valencianistas left everyone stranded when they managed to put an end to Barcelona’s impressive home record by winning the match 3-2.

Valencia CF also have everything in their favour at the UEFA Europa League, after defeating the once-mighty Dynamo Kyiv 2-0, on an almost empty stadium at Cyprus last Thursday and thus almost granting a place towards the next round of the competition.

Pizzi’s training methods have apparently convinced his players and, recently, the team’s captain Ricardo Costa praised the Hispano-Argentinian coach’s approach and his relation with the players.

Although it is still early to make any predictions, Pizzi seems to be the right man to bring Valencia CF once again to the path of success; hopefully, for supporters, the man that completed his coaching studies with Guardiola might do for their club what, for example, Marcelo Bielsa did for Athletic Bilbao.