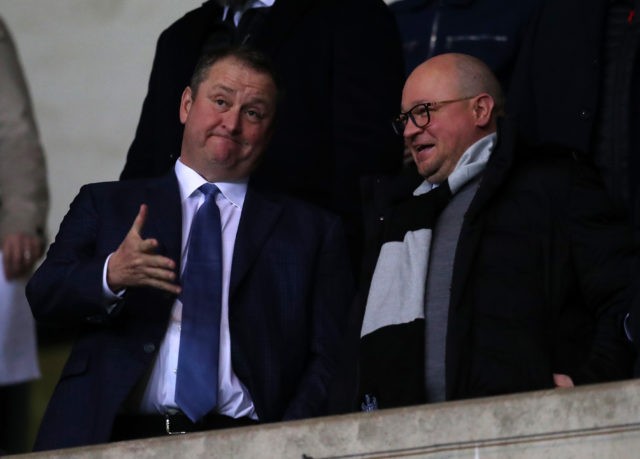 Newcastle United fans must not get carried away with the widespread reports of a potential takeover.

In the last couple of years there were times when it really felt like Mike Ashley would be selling the club to a wealthy investor, but it didn’t materialise in the end.

However, with football being postponed at the moment, and the club’s non-playing staff are being put on furlough, could this be the perfect time for a potential club takeover?

EuroSport journalist Manu Lonjon has claimed on Twitter that Newcastle United is on the verge of being sold to United Arab Emirates’ Bin Zayed Group, led by Sheikh Khaled bin Zayed Al Nehayan (although he has since deleted the initial report that mentioned BZG).

However, the Chronicle journalists – Lee Ryder and Mark Douglas – shared a recent update on a potential takeover of the club. In a recent Q&A for The Chronicle (20:11) the pair were asked to share the latest update on the club’s takeover.

The reply was: “As of last night, Mike Ashley had still reached no agreement with the wannabe buyers. The price has not been agreed and Ashley is also still in the United States. Yes, there is paperwork from both parties with the Premier League but that is one of the usual formalities. He’s held some dialogue to sell the club but it’s not a done deal.”

Plenty of Newcastle fans have had protested against Mike Ashley in the past as he is not a popular figure among the fans. Ashley has often said he would be ready to sell the club once suitors meet his asking price, and it looks like a £340 million takeover is close to completion.

Ashley has owned Newcastle for 13 years, and probably it is the right time for the club to take a plunge in the fresh direction.