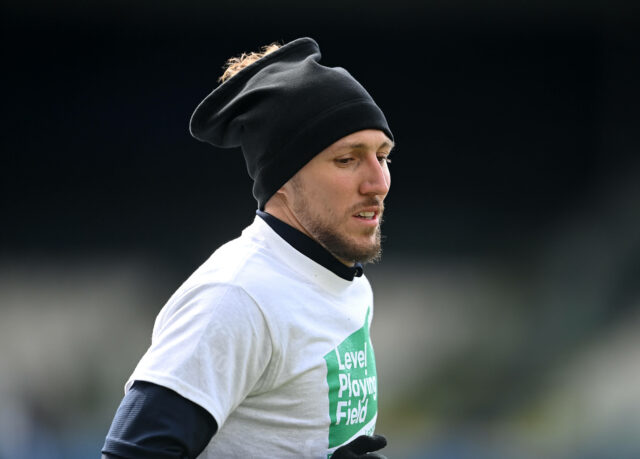 Gareth Southgate will announce his squad for England’s World Cup qualifiers on Friday.

According to David Anderson of The Mirror, Patrick Bamford has a strong chance of earning a first England call-up, but Luke Ayling is likely to miss out.

Ayling has been really impressive this season at right-back. There were suggestions that he could get a national team call-up this month, but Anderson claims the 29-year-old won’t be considered.

From what I’m hearing, Patrick Bamford has a strong chance of earning a first England call-up tomorrow, but Luke Ayling will miss out. However Gareth Southgate is impressed by Ayling and is on his radar. #lufc

Ayling has been simply brilliant this season, and his stats speak for himself.

He has won 76 tackles so far, the second-best by any defender in the league. He has managed 215 ball recoveries, while a total of 205 duels has been won by him – in both departments, he has outshone everyone.

Ayling has made 28 Premier League appearances this term and has been very consistent with his performances.

Marcelo Bielsa was full of praise for him yesterday at the press conference ahead of their Premier League clash against Fulham.

The Argentine boss has suggested that Ayling is one of the players who has shone the most for Leeds this season.

“He’s one of the players that has shone the most in our team,” said Bielsa, as quoted by Leeds Live.

“He’s a player that can play out wide or in the centre. In a back four or in a back three. He has the capacity to attack and has a good aerial game.

“He has good management of the ball in terms of combination and the first pass. All of this analysis, anyone who watches him regularly can make.”

In other news, check Leeds United’s predicted line-up against Fulham.