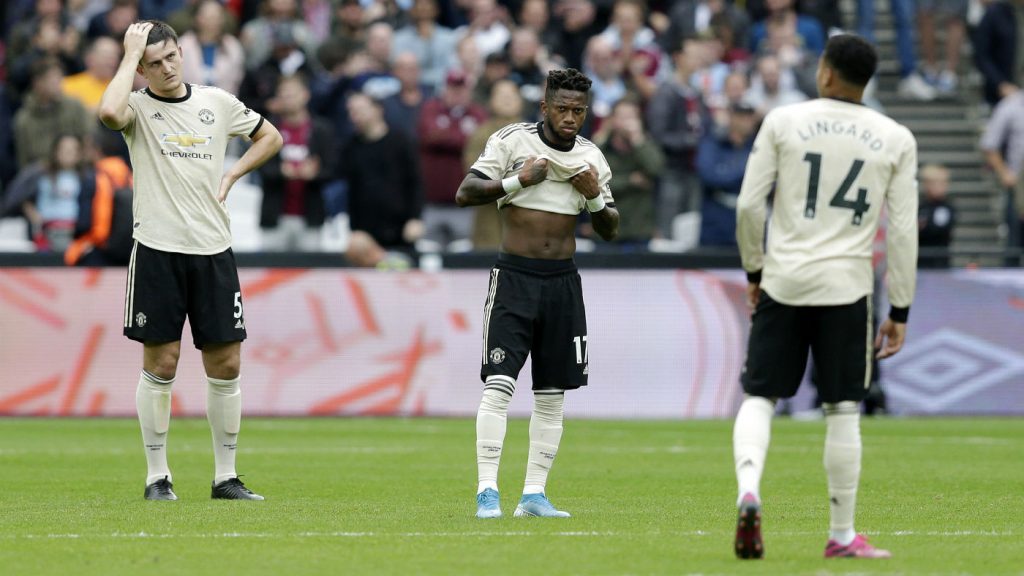 The misery continued for Manchester United after falling to another crushing 2-0 defeat to West Ham United on Sunday.

The Red Devils seemed to lack everything which made them great during the glory days, with timely goals in each half from Andriy Yarmelenko and Aaron Cresswell putting the death knell on a poor performance.

Jose Mourinho, acting as a pundit from the Sky Sports studio, explained his dismay at the state of his former employers who had sacked him in December.

United were far behind the top-four in the final month of 2018, forcing the Portuguese to be removed and be succeeded by Ole Gunnar Solskjaer.

What started as a dream for Solskjaer, who rallied United to win a record-breaking 8 away games in a row, has now turned into a nightmare with only 2 wins in the last 12 competitive matches.

Mourinho was asked for his opinion on the deteriorating condition and growing problems of his former side, to which he answered, “I’m not the right person to answer it.”

“They are far behind. It’s difficult for me to answer. I was there for two seasons where I could feel lots of positive things and I could feel the direction to go in, then obviously the third season was not good enough”

The former Chelsea manager also surprisingly admitted that he perhaps deserved to be sacked for not being able to marshal them into the top-four last season.

He explained, “I was sacked, I probably deserved to be sacked because I was responsible as the manager, but the sad reality is that they are worse than before.”

“And for me that is a sad thing. Maybe people think I’m enjoying the situation but I’m not enjoying it at all.”

Furthermore, he predicted that things could get only worse for Solskjaer and co as the season moves on, stating, “I think they are going to really, really be in trouble to get not just into the top four but potentially in the top six.

“I think this team is worse than the team of last season.”

Solskjaer was also asked about his thoughts on Mourinho’s comments, to which he diplomatically replied, “I think he has got a right to his opinion.”

“Of course we lost here last year, it is always a difficult ground to go to and we should hope do better than we did.”

United play Rochdale next in their Carabao Cup third-round match on Wednesday and are desperate for a comprehensive win to regain their momentum.