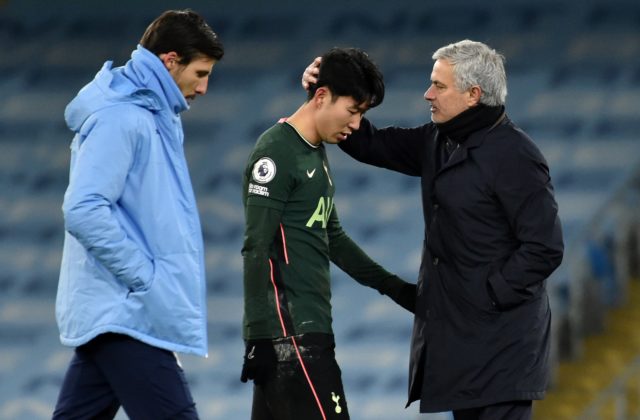 According to The Telegraph, Tottenham Hotspur head coach Jose Mourinho stayed behind for over four hours talking with the players after being sacked.

Spurs parted company with the Portuguese on Monday morning following talks that lasted over two hours, ending his 17-month stay at the north London outfit.

Mourinho told Tottenham stars home truths about their performances during a series of talks, but they were not confined to his final day at the club as he had often taken aim at some of them in front of their teammates during his reign.

The Portuguese was dressed and prepared to take training on Monday morning, but the club had had enough of the poor results and his poor relationship with the players.

Mourinho’s relationship with some of them hit rock bottom after Spurs were knocked out of the Europa League by Dinamo Zagreb last month, and the atmosphere around the training ground had become tense, with players “afraid to smile”.

Ryan Mason has taken charge of the squad on an interim basis until the end of the campaign, and he hit the ground running with a 2-1 win over Southampton last night.

Tottenham’s chances of finishing in the top four are back on track due to the hard-fought victory, and they will be hoping to beat Manchester City in the final of the Carabao Cup on Sunday.

They face Sheffield United, Leeds United, Wolverhampton Wanderers, Aston Villa and Leicester City in their final five Premier League games of the season, and winning all of the matches will most likely see them finish in the Champions League places.

In other news, Mason has revealed what he told Spurs players at half-time last night.