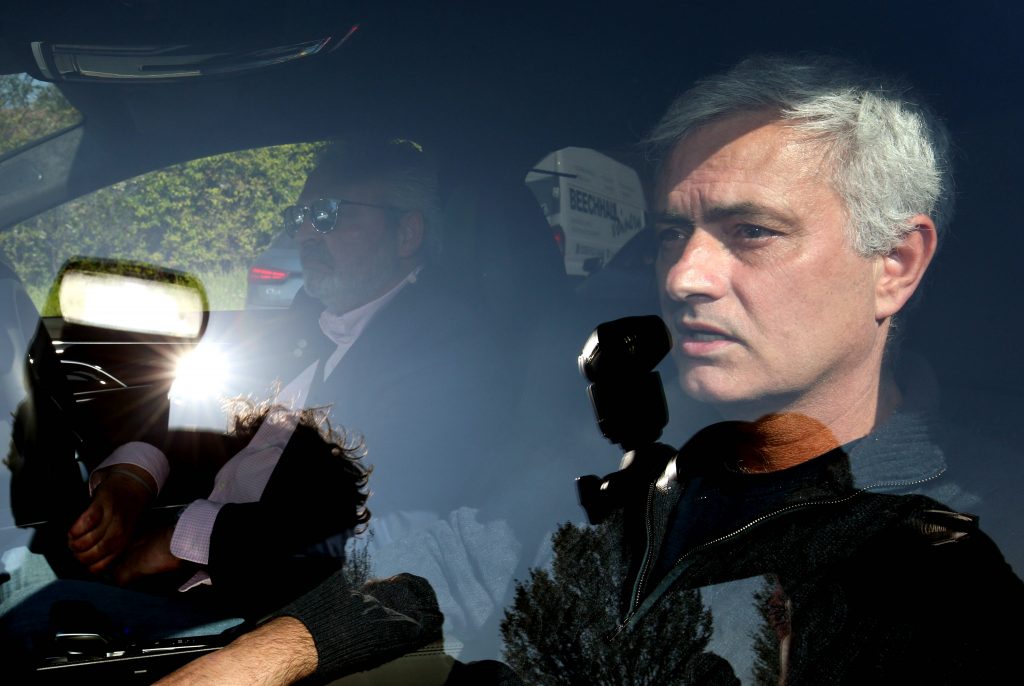 Jose Mourinho was sacked by Tottenham Hotspur yesterday after just 17 months in charge of the North London outfit.

Ryan Mason has since been put in interim charge of Spurs until the end of the season, but it appears that the Portuguese had some unfinished business at the club’s training ground.

As seen in the clip below, Mourinho has been spotted returning to Spurs’ training ground this afternoon.

📸 Jose Mourinho has been spotted returning to Tottenham’s training ground this afternoon pic.twitter.com/0OuWa8yXW8

What exactly he has returned to do is unknown, but Tottenham fans have come up with different theories, with some of them reacting to the video thus on Twitter:

no way it was all a prank😭

Probably he didn’t get to say goodbye to the players, so he wanted to do it in person.

don’t tell me they accidentally sacked him 😭😭😭

probably just forgot some of his things

To say goodbye to the players.

To say goodbye to the players

Yes, to say goodbye, hope Kane is there

The Portuguese shared of picture of himself with Real Madrid players celebrating after beating Barcelona in the final of the Copa del Rey on this day 10 years ago.

While he has shared social media posts of Spurs players saying their goodbyes on Instagram, Mourinho is yet to react to his sacking and does not appear to be in a hurry to do so.

Mason will hope to lead Tottenham to victory when they face Southampton tomorrow and against Manchester City in Sunday’s Carabao Cup final.

In other news, Spurs reportedly contacted the agent of Italian manager yesterday.