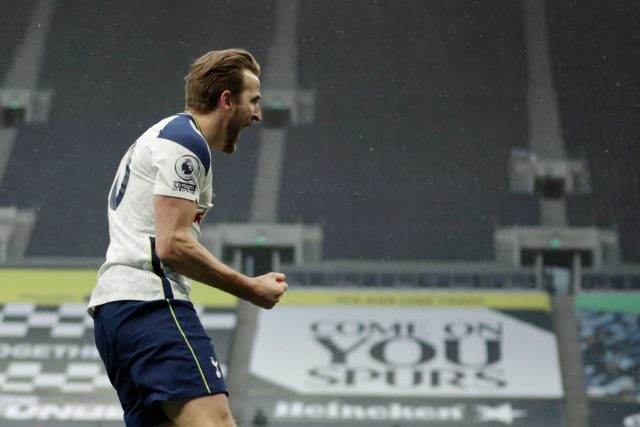 Tottenham Hotspur returned to winning ways by beating West Bromwich Albion 2-0 at home in the Premier League on Sunday.

Spurs lost their previous three games in the league and needed a strong response against the struggling Baggies. Harry Kane, who returned from injury, scored in the second half and Son Heung-Min added another to seal all three points for the north London club.

After the game, Jose Mourinho, the Spurs boss, was full of praise for the England striker, claiming he is one of the best in the world.

“He is one of the best strikers in the world, period – there is nothing else to say,” said Mourinho, as quoted by Football London.

“The team depends a lot on him, we can’t hide that. It’s the goals he can score, the assists he can make, the link play he has, that personality that the players can have and he is always an important influence for us.

“Today I was promising I was not going to speak about individuals because I am so happy with the compromise of the players to win the game and close this negative series of three defeats, but with the question it is hard to run away from it. He is a very important player.”

Kane is one of the best strikers in the Premier League. He has scored over 20 goals in his last six seasons and is looking well set to cross that mark in the present campaign as well.

His 208th Tottenham goal puts him alongside Bobby Smith and behind only Jimmy Greaves in Spurs’ all-time scoring list.

With this victory, Spurs have now moved up to the eighth in the table, four points off the Champions League places.