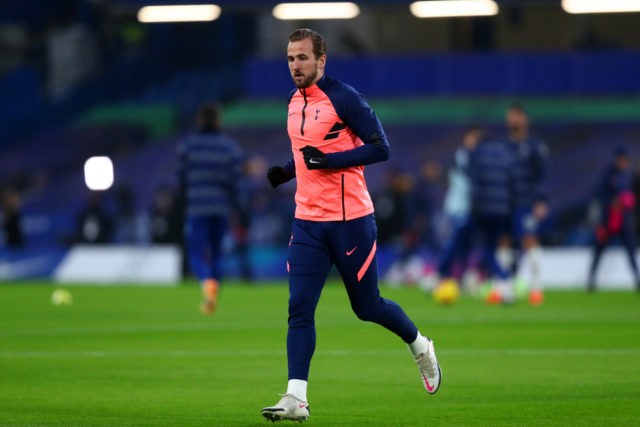 Tottenham Hotspur manager Jose Mourinho is confident that striker Harry Kane will be fit to play against Arsenal in the north London derby clash on Sunday in the Premier League.

Spurs were without their talisman striker Kane for their Europa League clash against LASK, but Mourinho is hopeful that the 27-year-old would be able to play against the Gunners.

Tottenham drew 3-3 against LASK and have now qualified from Group J to book a place in the knockout stages.

However, the focus now shifts on to the Premier League, and Mourinho will be expecting to have all his key players fit and firing for the derby clash.

Prior to the match, Mourinho didn’t give enough information about Kane’s injury. The Portuguese boss has confirmed that Kane is currently going through treatment at the club, but he should be able to shake off the injury before Sunday’s clash against the Gunners.

The England striker has been in outstanding form this season. Not only is he scoring goals (which he is normally good at), but also dropping deep to create chances for others.

Kane has scored eight goals and provided ten assists in all competitions already, and needless to say, his return to the side will come as a huge boost, especially after an insipid performance on Thursday.

Spurs have an impressive record against the Gunners at home in the Premier League, having not lost against them since Feb 2015. With Arsenal struggling for consistency (two wins in their last five games in all competitions), Spurs are expected to maintain their dominance.

However, form and past records matter little in a derby game, and anything can happen over the course of 90 minutes. Having said that, a victory for Spurs will give them a massive lift in the title race, and Kane’s potential return couldn’t have come at a better time for the club.