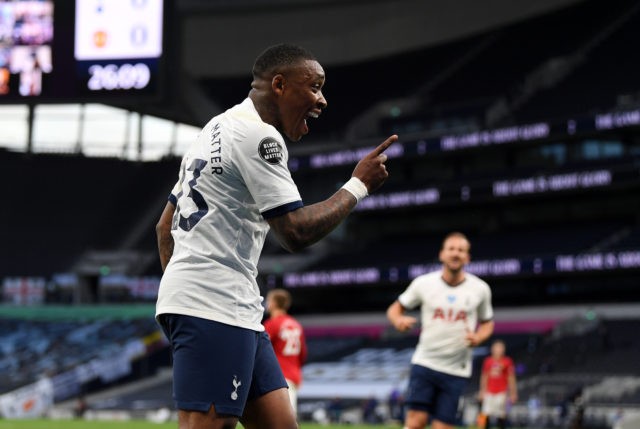 Tottenham will face London rivals West Ham United in their second game of the Premier League restart on Wednesday. Ahead of the match, Mourinho has conducted a virtual press conference from Hotspur Way, answering questions from various journalists.

Spurs signed Bergwijn for an initial fee of £25.4m in the January transfer window from Dutch club PSV Eindhoven.

The 22-year-old versatile winger, who can play across all three attacking midfield positions, has made an instant impact at the London club. He has scored three goals in six games for the club already.

Mourinho has admitted that Bergwijn was not his first choice target in the transfer market. However, it has turned out to be a great decision.

The former Chelsea boss has praised his versatility, saying he can play on the right and the left. He has hailed his professional attitude and added that the player has got ‘great future’ ahead of him.

Mourinho said: “Good player, good professional, good boy. Congratulations to my club, the way they did it. Initially, and I’m always very honest on this, he wasn’t my first option when we decided to make a movement in the winter. But in the end, a great decision.

“A player with a great future, can play on the right and the left. We’re more than happy, not just his age, but also his professional attitude. The way he trains, the way he lives. He’s the kind of kid that can only be better.”

Tottenham are heading into this derby on the back of a 1-1 draw against Manchester United on Friday. Their opponents, West Ham lost 2-0 at home to Wolves the following day.

Spurs are 8th in the table after 30 games. West Ham are just above the relegation zone on 17th, sharing same points with AFC Bournemouth.