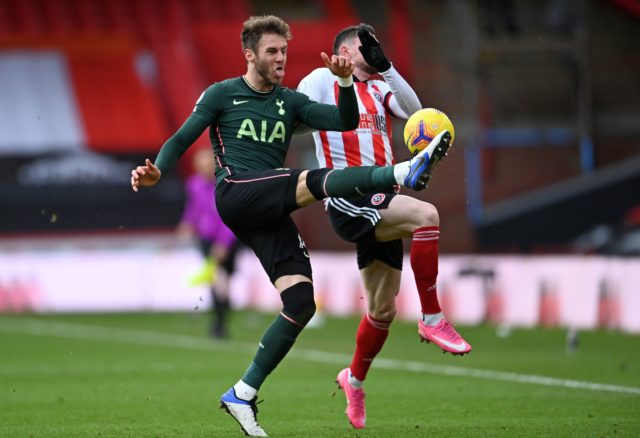 Tottenham Hotspur boss Jose Mourinho suggested that he was ‘pleased’ with the performance of Joe Rodon as Spurs won 3-1 against Sheffield United.

Rodon, who joined in the summer transfer window from Swansea City for a reported fee of £11 million, played in a three-man defence and really impressed during the game.

Mourinho has suggested that Rodon still ‘needs to develop’ and ‘has to learn’. The Spurs boss has claimed that the 23-year-old is a ‘good player’ who has the potential to get even better.

“He played well,” said Mourinho, as quoted by Football London. He did many things well, a couple of things not so well, but he’s a player who of course was playing in the Championship. A young guy, he has to learn. One thing is you want a central defender and you pay 70m for one of the top centre-backs in Europe, then yo resolve your problems.

“Another thing is to get a good player, but a player who needs to develop. With Joe, that’s the situation. He has to learn, he has to make mistakes, he has to play, he has to not play. We have to try to give him conditions to perform. but potentially, potentially of course, he’s a good player who can become much much better.

“I’m happy. He did the same against Chelsea. He made a mistake that could have cost the game in the last minute but this is the mistake a young guy coming from a different reality can make and he has to be supported like he is and I am very pleased with his performance.”

Rodon joined the north London club during the summer transfer window with a strong reputation of being one the best talents in the Championship.

He had to wait for his chances and has made only five Premier League appearances so far. While Mourinho has hinted that he still needs to learn, it seems he’s now ready to make a mark in the top flight.

The Wales international is a highly talented youngster and he sent out a strong message during Sunday’s clash against the Blades at Bramall Lane. He was simply brilliant alongside Eric Dier, and he will be hoping to get regular chances going forward.

Rodon has looked comfortable in the three-man defensive set-up, but probably Mourinho will drop him to the bench once he switches to his favourite 4-2-3-1 system.