Jordan Ibe – The Boy Wonder set to dazzle for Liverpool 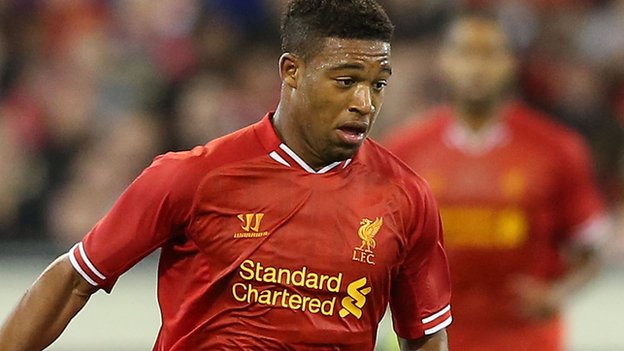 Liverpool have set their stall out early in the transfer market with the new signings of Rickie Lambert, Adam Lallana, Emre Can and Lazar Markovic.

Looking to bolster his creative options in midfield and attack Brendan Rodger’s has already invested the best part of 60 million pounds bringing in players who will complement Liverpool’s offensive capabilities.

With the sale of Luis Suarez to Barcelona there will now be even more attention paid to how Brendan Rodger’s side approach a new season in which they line up against both high level domestic and champion’s league competition.

However, when Liverpool opened their pre-season yesterday against Dutch side Brondby all four of these new signings were absent from Rodger’s selection on a night which despite the Red’s losing 2-1 saw Jordan Ibe stake a genuine claim to be playing a major role in Rodger’s plans this season.

It was Ibe two minutes after the restart who turning his marker with a deft touch and blistering show of pace stormed into the Brondby box to provide the opportunity for Kristoffer Peterson to tap in the finish. With the young nineteen year old’s introduction in the second half there was an added purpose and intensity to Liverpool’s play as the attacking threat of Ibe down the left caused problem after problem for the Dutch team.

Ibe has the potential this season to be much more than a fringe player. His speed and strength on the ball last night demonstrated a quality, commitment and desire to take on and run at players which in a game where teams are looking to shut Liverpool out could make all the difference. Rodger’s admits that in a game such as the one against Chelsea at the end of last season it’s impossible to play through a team whose only strategy is to sit behind the ball in numbers and stifle passing into the box. Ibe is just the kind of player whose physical presence and skill could be the key to unlocking other teams looking to imitate this tactic at Anfield knowing Liverpool will always be looking to come out and score goals.

Ibe was playing above his years last night in much the same way as Raheem Sterling has already demonstrated over the past two seasons his undoubted credentials as a first team regular.

This is Ibe’s third pre-season tour with the Red’s since he joined the Academy from Wycombe Wanderers in 2011. The extent to which he goes on to play a part in Brendan Rodger’s plans this season is an interesting question given his ability to play both up front and on the wing.

Ibe will be attempting to stake a regular place in a team, which sees Sterling, Sturridge, Coutinho and now Markovic fighting for selection.

That said, the options now open to Rodger’s in generating competition in both attack and midfield positions should with the return of Champions League football to Anfield allow a young player like Ibe to flourish.

There is little doubt that Rodger’s will continue to add to the squad over the next few weeks, and the void left by Suarez still remains to be filled. Ibe is no Suarez, but remains a tantalizing proposition.