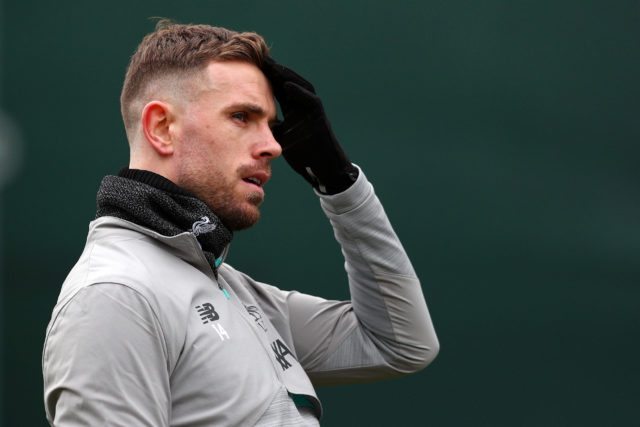 Liverpool skipper Jordan Henderson has revealed that the players are keen to develop the habit of winning titles under Jurgen Klopp.

The Reds suffered agony last season when they lost the Premier League title to Manchester City on the final day of the season.

However, they ended the campaign on a high note by winning the Champions League. Henderson has said that it is important for the club to win more trophies so that it becomes a habit.

The former Sunderland midfielder has revealed that Liverpool’s success is down to the mentality and resilience of the side. The England midfielder added that it was something Klopp tried to instil in the squad when he first came in.

“That mentality and resilience within us this season has been massive,” said Henderson to Sky Sports. “I feel that’s something the manager tried to instil in the squad when he first came in. When he first arrived, I remember him talking about never stopping and never changing your mentality within a game.

“I remember him saying right from the very beginning, no matter what the score, to keep going until the very end as you never know what can happen in football. If I look back at the games he’s been here I think of the game against Borussia Dortmund in the Europa League.

“I feel it’s been a progression over a few years and not just one season. This year has been massive in terms of how consistent we’ve been, but I feel it’s been a work in progress and now it’s just part of our identity to never change the mentality until the game is finished.”

Liverpool won the Club World Cup and have produced a remarkable run in the Premier League. While Manchester City kept on dropping points, Liverpool kept on winning, and have taken a massive 25-point lead with nine games left to play.

The Reds are only two wins away from winning the Premier League title. However, due to the global pandemic, it is uncertain when football will resume again. In fact, there have been suggestions that the season should be declared null and void.

Indeed, it has worked wonders for Liverpool. Klopp has slowly and steadily made Liverpool one of the powerhouses of Europe once again, and the German boss should now be looking to build a legacy at the club like what Sir Alex Ferguson did at Manchester United.