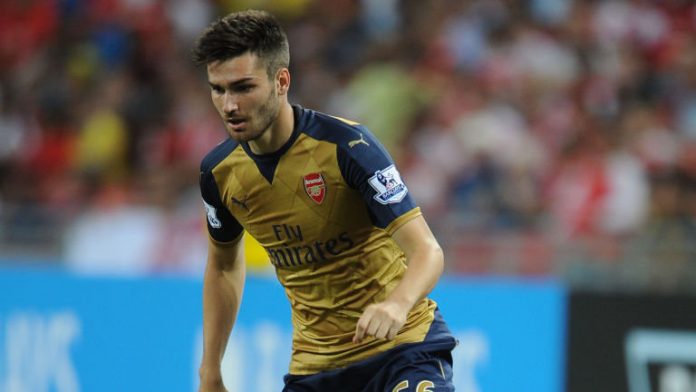 Arsenal are reportedly in talks with Scottish club, Rangers FC, over a loan move for Spanish attacking midfielder, Jon Toral.

The 21-year-old spent the first half of the season on loan at La Liga side, Granada, and he is all set for another temporary switch away from the Emirates.

According to reports from Sky Sports, Rangers are keen to sign Toral on a short-term deal. The negotiations over the loan deal have begun, and are at an advanced stage between the two clubs.

Arsenal signed Toral from Barcelona’s academy in 2011, but the midfielder is yet to make his senior debut under Arsène Wenger.

Toral made just six appearances for Granada and found the net once. Arsenal believe that a move to Rangers would be more beneficial to the youngster, who had previously enjoyed successful loan spells with Brentford and Birmingham.

What is more important for the midfielder at this stage is to get regular games under his belt. Rangers, who are currently second in the Scottish Premiership, can provide him that opportunity.

It is also an important move for the Spaniard, as he would not only be looking to make a mark for Mark Warburton‘s side, but also to leave a strong impression during his loan spell in order to impress Wenger.

Arsenal are stocked with talented attacking midfielders at the moment, and there is no way that Wenger can guarantee him regular chances in the side. Wenger is always willing to give youngsters the chance to impress at the top level, and the same rule applies for Toral as well, but the Spaniard first needs to prove that he is ready to play for the Gunners.