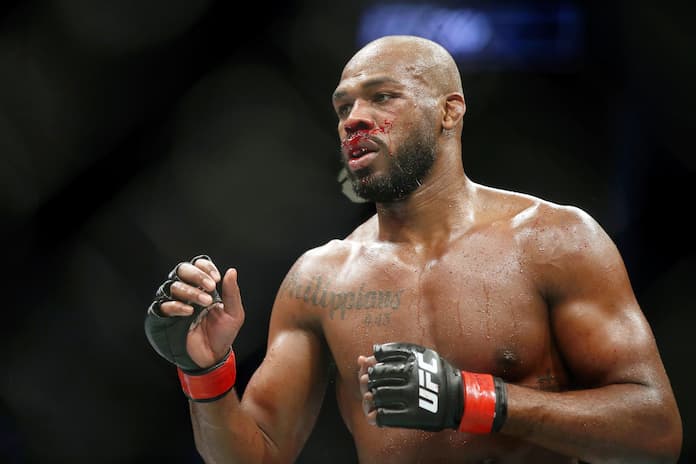 Henry Cejudo is the latest MMA star to weigh in with a prediction as to how a potential Jon Jones vs Israel Adesanya fight would play out. The former two-weight UFC Champion and Olympic Gold Medallist believes Jones would kill Adesanya if the pair ever met inside the octagon.

‘The Last Stylebender’ is in action against Alex Pereira at UFC 281 in November. ‘Bones’ is reportedly eyeing up a fight in December for his heavyweight debut. But could the pair face each other in the not so distant future?

Over the past few years, there has been lots of back and forth on social media between Jon Jones and Israel Adesanya.

Jones, who is widely regarded as one of the best MMA fighters of all time, hasn’t fought in the UFC since his last light-heavyweight title defence against Dominick Reyes in February 2020. ‘Bones’ then vacated the belt, insisting that he planned to move up to heavyweight as he had already wiped out the whole 205-pound division. It’s fair to say this got UFC fans extremely excited, but as of yet, the 35-year-old is yet to fight in heavyweight.

Jones, who has been involved in 13 UFC Title bouts, is eyeing up a super-fight with the heavyweight champion, Francis Ngannou. Jones wants to challenge himself against the biggest guys in MMA, having not been defeated in his professional MMA career (his solo loss came as a DQ for a downward elbow, he was never actually defeated).

Rumours have been circulating again that ‘Bones’ is ready to make his heavyweight debut before the end of the year, with December being touted for his return to the octagon. The potential match-up with former UFC Heavyweight Champion, Stipe Miocic, looks the most likely for Jones.

Despite not fighting for almost three years, Jones has continued to be extremely vocal on social media. This is how the feud with Adesanya supposedly began, with the pair having their fair share of Twitter spats over the years.

Here are just a few examples of the back-and-forth between Jon Jones and Israel Adesanya:

Like I said, it’s like arguing with a child. The fun part is going to be when we argue in person. There will be no memes as I factually just pick him apart. I’m crushing this man https://t.co/TpdAGnEbID

Since you’re studying me all night see if you can find a photo of me like this pic.twitter.com/FVmnbWQOza

Instead of calling our Fans dummies, why don’t you just sign the contract. You mad? https://t.co/oMAefDJcbz

Since parting ways with his long-term MMA coach Mike Winkeljohn, Jones has been doing bits and pieces of training with Henry Cejudo. Cejudo is a two-weight UFC champion, who also won a gold medal at the 2008 Beijing Olympics.

‘The Messenger’ has had his say on the feud between Jones and Adesanya, lifting the lid on the various shade they have thrown at each other. The 35-year-old believes a fight between Jon Jones and Israel Adesanya is massively one-sided.

In a live Q&A session, the former flyweight and bantamweight UFC king insists that Jones would absolutely annihilate Adesanya if the pair were to ever fight. 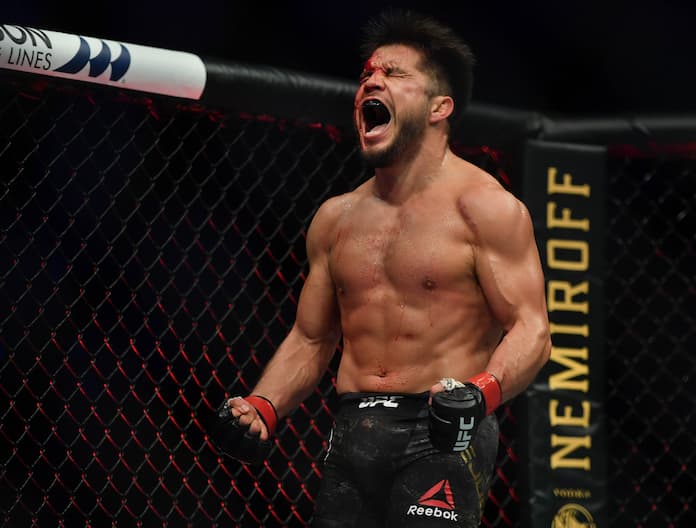 Cejudo admits he isn’t a big fan of the UFC Middleweight Champion either. ‘The Last Stylebender’ made some horrible comments about Jones’ mum, who died a few years ago.

“The reason why I kind of started not becoming a fan of Israel is just because of the simple fact that he talked about his [Jon Jones] mom who is deceased. For me that was like a dealbreaker.”

Whether a fight between Israel Adesanya and Jon Jones will ever happen remains to be seen. However, there is no doubt in the mind of ‘Triple C’ as to who would win if they did step into the octagon together.