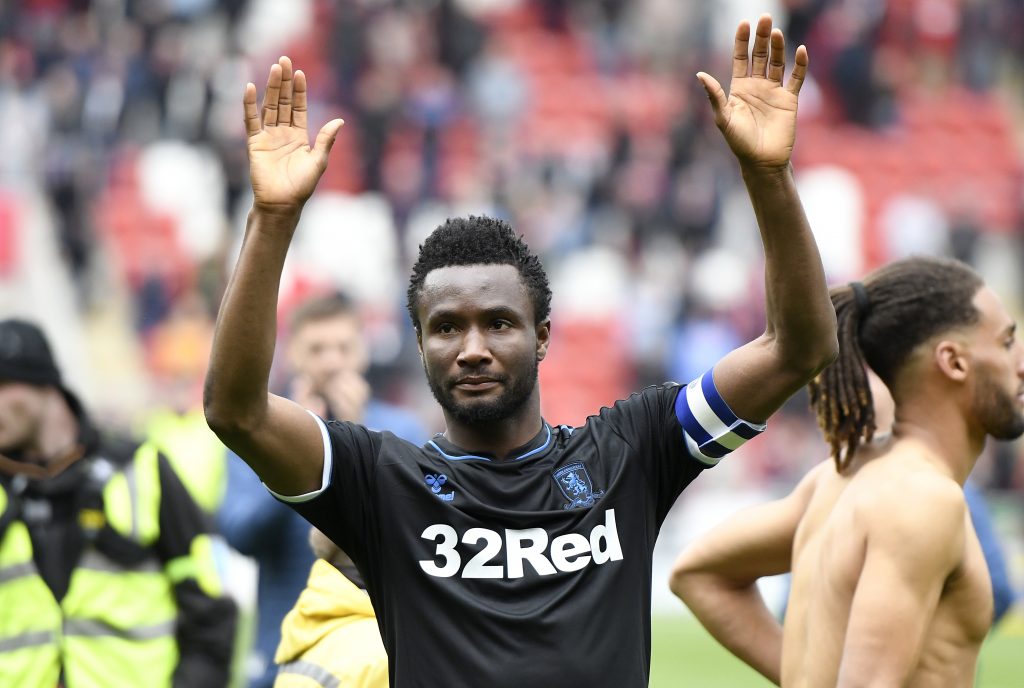 Former Chelsea midfielder John Obi Mikel will make a return to English football with Championship side Stoke City next week, The Telegraph reports.

The Nigerian, who enjoyed a trophy-laden career with the Blues between 2006 and 2017, was recently contracted to Trabzonspor, where he made 23 appearances.

Mikel only joined the Turkish outfit last summer, but he mutually terminated his contract in March this year after he was reluctant to continue playing amid the coronavirus pandemic.

It is now reported that he is on the cusp of returning to the Championship, where he previously spent the second half of the 2018/19 season with Middlesbrough.

The 33-year-old is said to be have already held talks with manager Michael O’Neill and he is scheduled to join the Potters on a one-year deal following a medical on Monday.

O’Neill has looked to add more experience to his squad this summer and the club have already signed James Chester, Steven Fletcher and Morgan Fox on free transfers.

The Potters have finished 16th and 15th since their relegation to the second tier and it remains to be seen whether the current approach can guide them back to the top-flight.

Meanwhile, the club are facing the prospect of losing goalkeeper Jack Butland whose deal is due to expire at the end of the 2020/21 campaign.

The England international has refused to sign a new contract and it is reported that he could be allowed to leave for a fee between £8m to £10m.

Adam Davies could become the first-choice shot-stopper after impressing in the final weeks of last season, but O’Neill will definitely want a quality competitor.