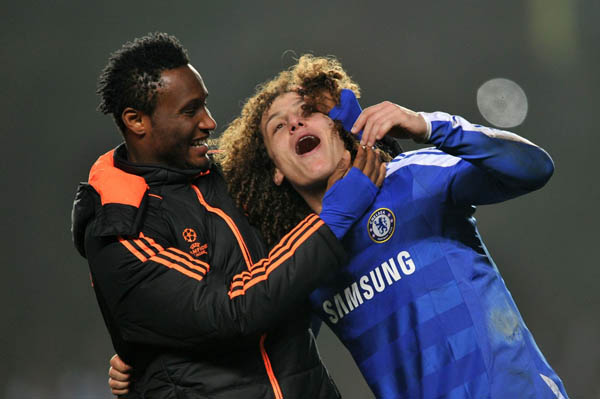 Serie A giants, Inter Milan, have agreed to a personal deal with Chelsea midfielder, John Obi Mikel, but the Nerazzurri are still considering other options.

Mikel, 29, has not played a single match this season under Antonio Conte, and the Nigerian is poised to leave the club in the January transfer window. The Nigerian has made over 370 appearances for the club, and has won two Premier League titles and the Champions League with the Blues.

According to reports from Calciomercato, Mikel has already agreed to a personal deal with Inter, and that Chelsea are ready to let him go. He has dropped down the pecking order at the club behind N’Golo Kanté, Nemanja Matić, and Cesc Fàbregas, and is yet to make the bench this season.

Inter Milan are looking to bolster their midfield in January, and Zhang Jindong, the club director, is keeping his options open, with Lucas Leiva also on his radar. Reports from Italian newspapers revealed yesterday that Lucas has undergone his medical in Milan. Inter are keen to complete the process in haste, in order to register the player before their fixture against Udinese on the 8th of January.

Luiz Gustavo, however, remains Inter’s first priority, but Wolfsburg are not keen to do any business midway through the season. Inter will have to wait till next summer to make a formal move for him. On the other hand, Chelsea will not mind sending Mikel on loan to Inter, provided the Serie A club agree to sign the midfielder permanently next season. Mikel wants to sort out his future quickly, and he is expected to take a final decision after the festive period is over.