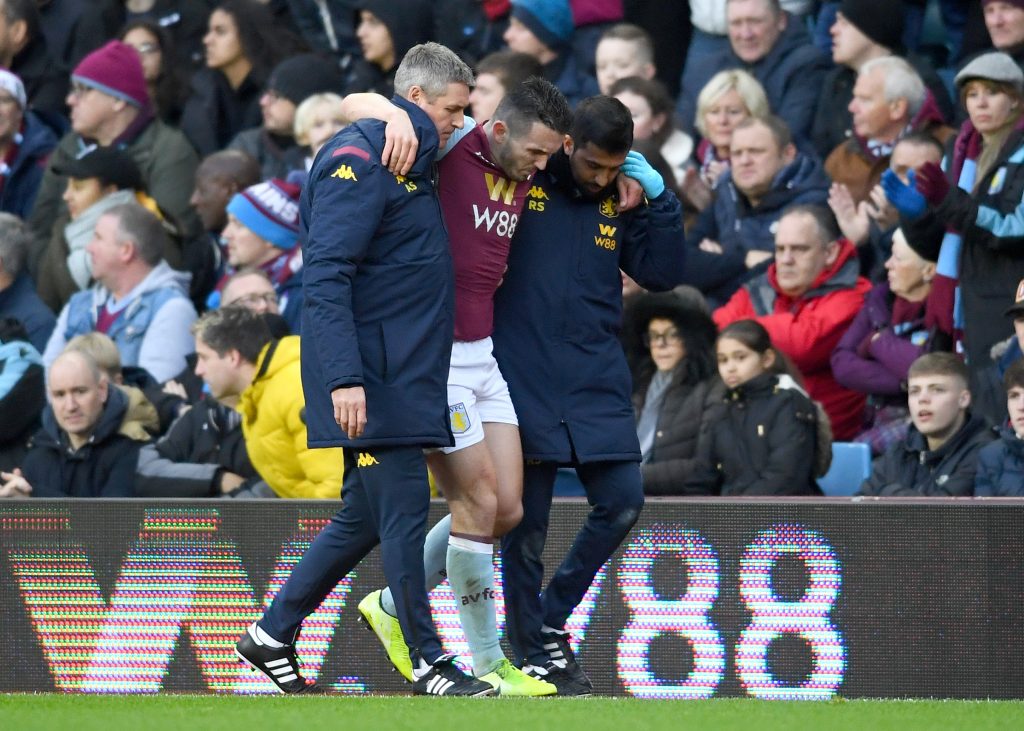 Aston Villa midfielder John McGinn is all set to return to training this week.

According to Athletic, the Scotland international will resume training from today or tomorrow. He could be in line to face Manchester City in the Carabao Cup final next month.

Manager Dean Smith has revealed that McGinn is a fighter and he could make the squad for the City game.

He said: “He is a fighter and a quick healer. I would not rule it out”.

McGinn has been out with an injury since Christmas and he has missed the last eight Premier League games for Aston Villa. He also missed the Carabao Cup semis against Leicester City.

Villa have certainly missed him a lot in the last few months and it will be interesting to see if he can hit the ground running when he returns to action.

The Premier League side are fighting for their survival and they will need their best players in top form. McGinn is a key player at the club and he could improve them a lot.

Aston Villa fans will certainly be delighted to see that the 25-year-old midfielder is closing in on a return to first-team action.

This is what they had to say about the news earlier.

I wouldn’t think it would take him long to get back his fitness, hes one of those players that’s just naturally fit anyway, I think he will be back quicker than we think

This is brilliant news!! I’m so freaking happy @jmcginn7 will be bscl before we know it #UPTHEVILLA pic.twitter.com/5dGEyiEPOf