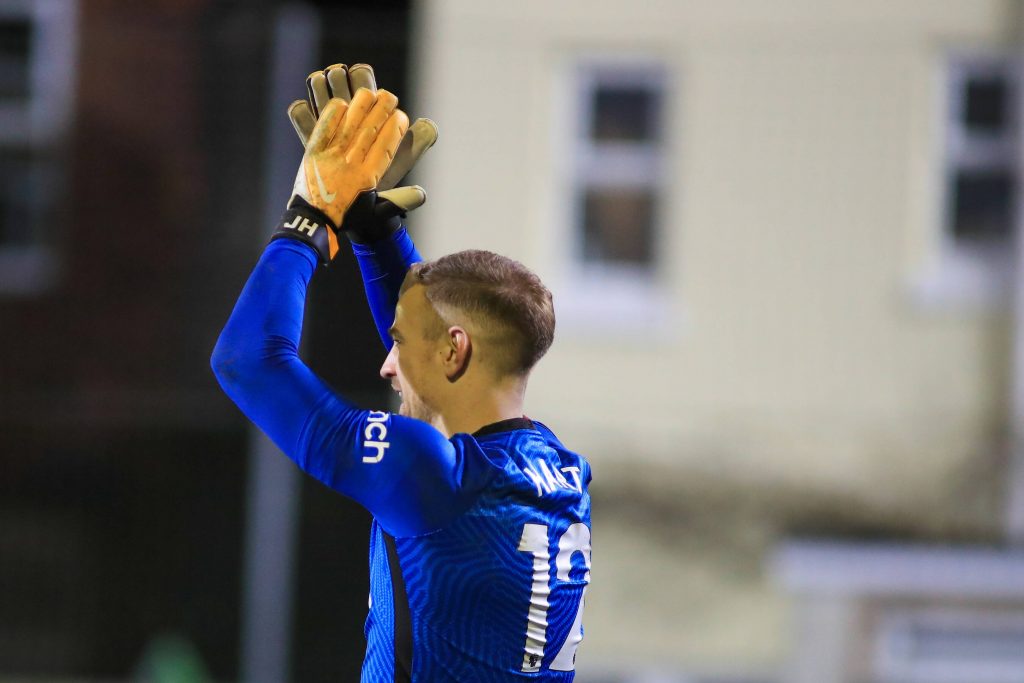 Celtic are all set to complete the signing of Joe Hart from Tottenham Hotspur later today.

According to Daily Mail, Celtic have agreed a £1 million deal with the Premier League club for the 34-year-old goalkeeper.

The former England international is set to undergo a medical today and is expected to sign a three-year contract.

Joe Hart to @CelticFC could be done before Thursday’s game.

Hart fell the pecking order at Tottenham after the arrival of Pierluigi Gollini from Atalanta and needs to leave to salvage his career.

He has won two Premier League titles, and his winning experience and leadership could prove invaluable for the Celtic dressing room.

Vasilis Barkas and Scott Bain were underwhelming for Celtic last season, and Ange Postecoglou needed to bring in an upgrade.

Hart has the experience to make a big difference for Celtic the season, and he will be expected to nail down the number one spot with the club.

The reported fee will be a massive bargain if Hart can regain his sharpness and confidence with regular football at Celtic.

The Hoops have made a miserable start to the new season, but Hart’s arrival should give them a much-needed boost.