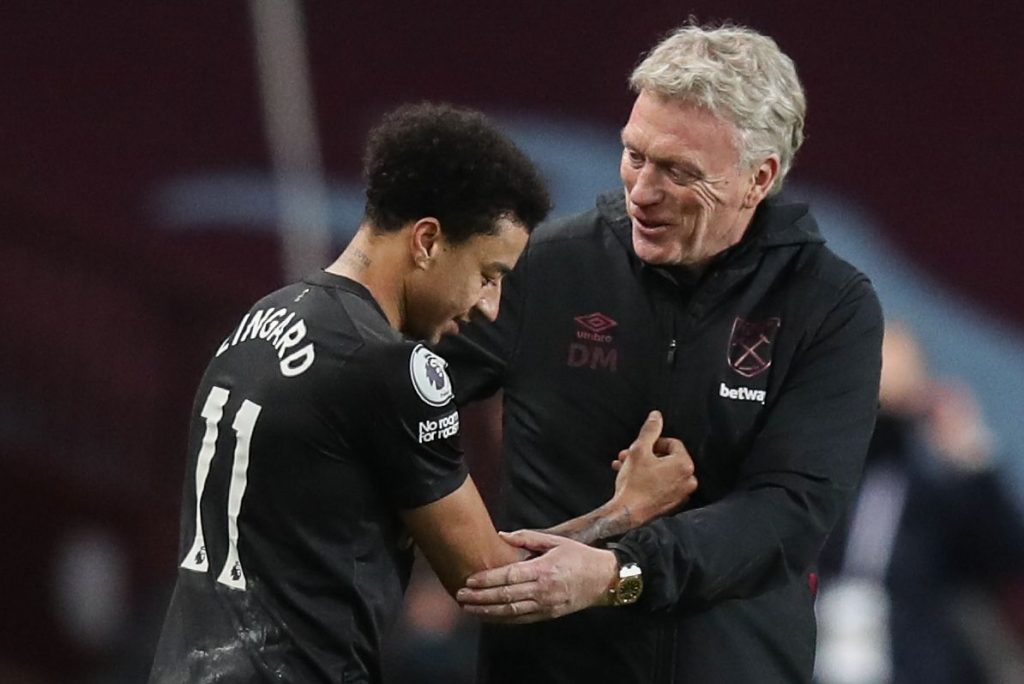 Considering the lack of minutes the Englishman was getting at Old Trafford, it seemed like the best move for the sake of his career.

In Lingard’s first match for the Hammers on Wednesday, he looked absolutely spectacular, scoring a brace in a 3-1 victory over Aston Villa.

Considering Lingard has made just three appearances this season prior to his debut, it was impressive just how sharp and fit he looked.

Lingard was once one of the most promising talents at United, enjoying his best campaign with the club back in 2017/18 where he bagged eight goals and tallied five assists in 33 appearances.

With various off-field issues and the struggle of finding his previous form, it’s been a whirlwind for Lingard since.

He was also a vital part of the England squad back in the 2018 World Cup, appearing in the starting XI five times throughout the tournament.

However, Lingard hasn’t found himself back in Gareth Southgate’s side since because of his poor club form. But this move to West Ham could really pay off for the 28-year old as he looks to resurrect his career and return to the Three Lions.

Even Hammers boss David Moyes praised Lingard’s display and made it clear that if he can play at this level, it’s only a matter of time until he is back with his country.

If you weren’t aware that the former United standout hadn’t played a single minute of Premier League football prior to his West Ham debut, there is simply no way you’d believe it.

Playing on the left flank for Moyes, Lingard was vibrant and exciting all night long. His touches and passes were precise, he was strong on the ball and there was no sign of any rust in Lingard’s game.

The winger was quick and bright with his decisions and created a ton of creative opportunities down the left side with Michail Antonio, who also assisted both of Lingard’s goals.

He also did a brilliant job of cutting inside onto his dominant right foot, mustering up several respectable chances on goal from outside the box.

This phenomenal showing is clearly a testament to the work Lingard has been putting in on the training pitch.

People don’t really understand just how difficult it is to step into a Premier League fixture after such a prolonged amount of time away and dazzle like this. It’s truly remarkable what Lingard did on Wednesday.

He’s also playing for the perfect coach to get his mind right. Moyes went through the same type of struggles when he was in charge of Man United.

Now, the Scot can offer insight to Lingard on how he found himself again as a manager after a dismal spell in Manchester. This will absolutely help Lingard find his best form.

Ole Gunnar Solskjaer made it clear when Lingard departed for London that he is still a United player and will be a key piece of their future.

Lingard is set to return to Old Trafford at the end of the season and if he builds off his debut with the Hammers, brighter days will certainly be ahead.

It’s always great to see a player who was once such a promising talent find his footing again. Although it’s just one game, all signs are pointing to Lingard turning around his career.

In the process, he will have the opportunity to help West Ham secure a top six finish this term.