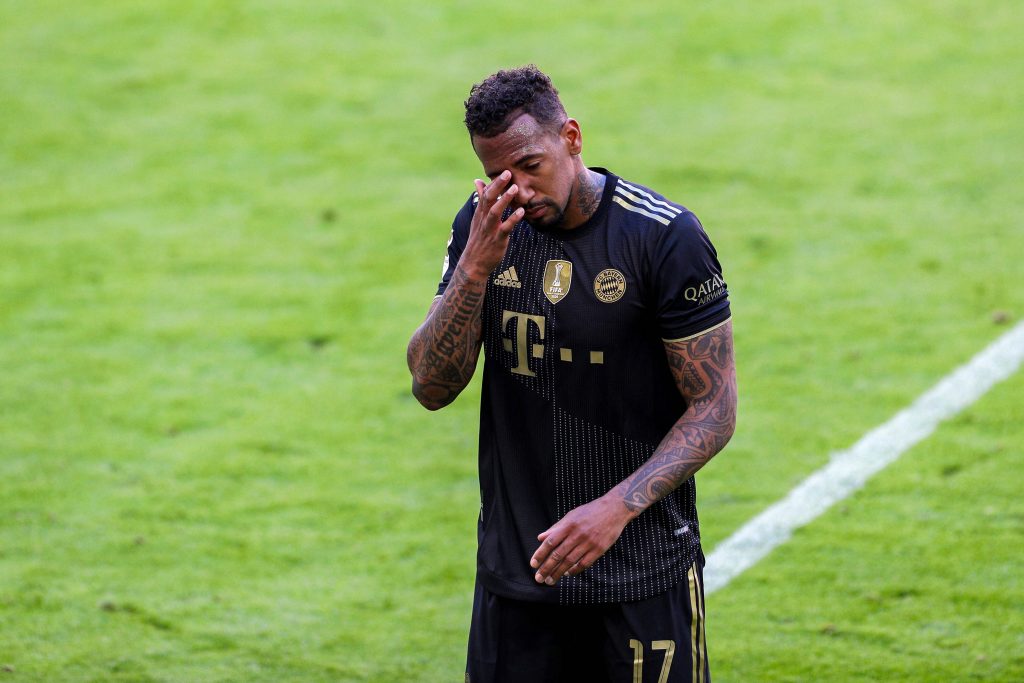 Jerome Boateng is currently one of the most sought-after free agents in world football.

The 32-year-old is still without a club after the end of his contract at Bayern Munich.

According to Calciomercato, Boateng is upset at how he left the club and is desperate for a new challenge elsewhere.

The centre-back has been linked with several Italian clubs, including Napoli, Juventus, AC Milan, Lazio and Roma.

However, Boateng’s long-standing dream is to play for Manchester United.

During Jose Mourinho’s tenure at United, he was one of the Portuguese’s prime defensive targets, but he turned the club down.

In an interview with Bild (via Sky Sports) in 2018, Boateng stated why he rejected the proposal: “I had enquiries from Paris-Saint Germain and Manchester United, and I considered them.

“Not because I wanted to leave Bayern Munich by all means. It was no escape but rather the thrill of a new challenge.

“I feel completely contented at Bayern – one of the biggest clubs in the world.

“I phoned Jose Mourinho and told him that his interest honoured me and thanked him.

“It’s difficult to leave FC Bayern. Everything has to fall in place to top this club if I do it.

“Niko Kovac gave me the feeling that I am very important for him and the club.”

It’s one thing for United to sign a 28-year-old World Cup winner at the peak of his powers.

However, it’s quite another to sign a 32-year-old defender who has a history of injury problems and lacks the pace needed to play in the Premier League.

With the club focusing on moving on unwanted players, it makes little sense to go for an ageing defender.

The interest shown in Boateng was clearly from the previous management, which makes it more likely for him to go to Serie A.

Will we see Boateng in Serie A?

Mourinho could well get his man this summer. The German would demand a salary of €4 million per year, which would be financially viable to Roma.

Roma would get a serial winner in Boateng, and the slower pace of Serie A should suit him at this stage of his career.