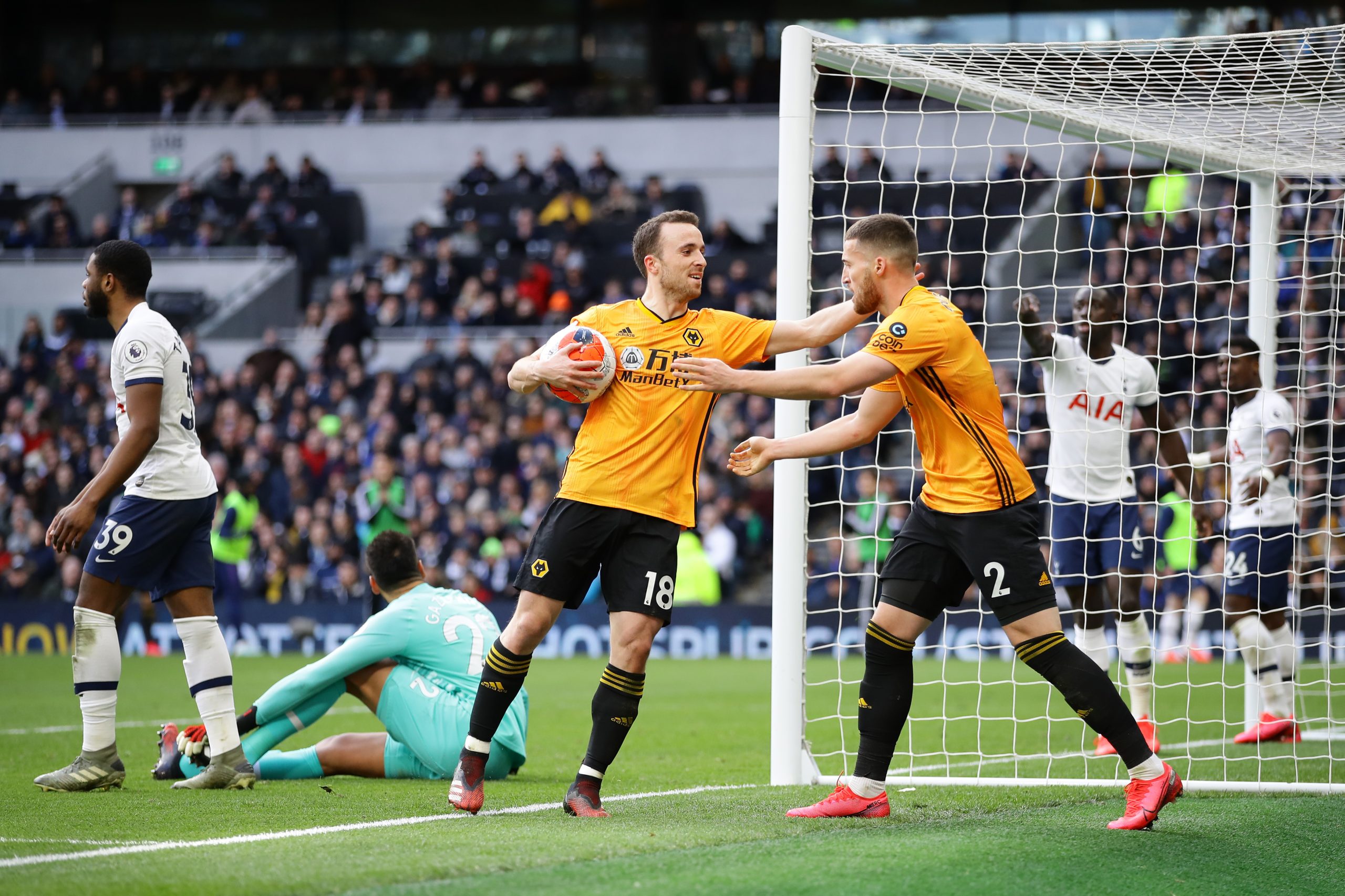 📰 We are delighted to announce the signing of @mattdoherty20 from Wolverhampton Wanderers! #WelcomeDoherty ⚪️ #COYS

The 28-year-old will wear the jersey number 2 and is expected to be Spurs’ first-choice in the position when the new Premier League season starts.

Serge Aurier has been linked with an exit, and it will be interesting to see if the Ivory Coast international will leave North London before the end of the summer transfer window.

Doherty brings quality and experience to the Tottenham backline, and all eyes will be on the boyhood Arsenal fan when the campaign kicks off and going forward.

Former Spurs star Jermaine Jenas is glad to see his former club make such a huge signing, and he has reacted thus to it on Instagram: 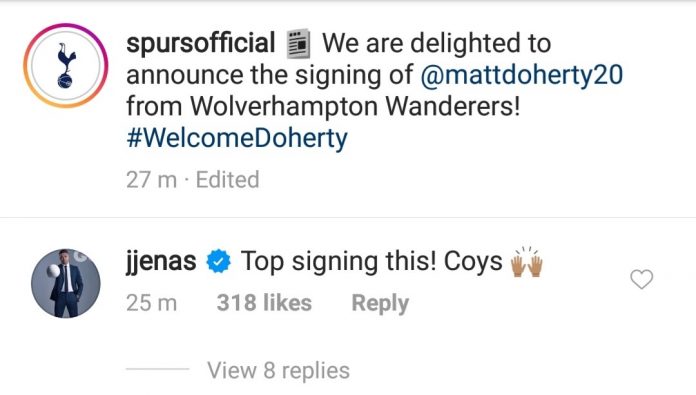 Doherty featured in 95 games in all competitions since Wolves returned to the Premier League in 2018, and weighed in with 15 goals and 15 assists since.

15 – Since the start of the 2018-19 season, Matt Doherty has scored more goals in all competitions than any other Premier League defender (15). Outlet. pic.twitter.com/Pcwh6H9zzx

The Irishman becomes boss Jose Mourinho’s third signing of the summer following the arrivals of midfielder Pierre-Emile Hojbjerg and goalkeeper Joe Hart, and landing a striker to provide cover for Harry Kane could also be on the cards.