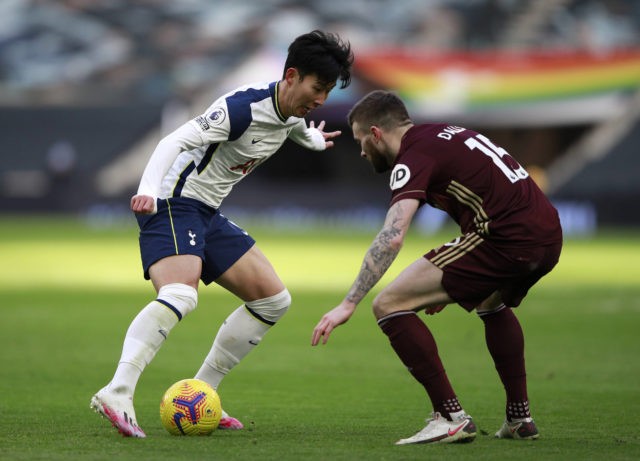 Former Leeds United player Jermain Beckford has delivered a passionate message on social networking site Twitter after the Whites suffered a 3-0 defeat against Tottenham in the Premier League on Saturday.

Spurs returned to winning ways after four games, with Son Heung-min scoring his 100th goal for the north London club.

The victory also puts them at third in the league table, while Leeds remain at 11.

Beckford said that despite the defeat, what has been refreshing to see is that every single player gave everything on the pitch and that sometimes you’ve to appreciate and admire the quality of the opponent.

The thing I love about watching @LUFC is the honesty you get from every single player on the pitch regardless of the score, it’s refreshing! More positive results will come, there is no shame in losing to a team like @SpursOfficial either. We March on #MOT

Spurs enjoyed only 38% of possession, but they did manage 20 shots during the game.

Harry Kane opened the scoring for Spurs from the spot after Ezgjan Alioski fouled Steven Bergwijn.

The England skipper turned provider as Son doubled the advantage after sweeping his cross at the near post.

Leeds created some good opportunities but they left themselves exposed way too often in defence. Toby Alderweireld’s near-post header rounded off a fantastic win for Spurs with Illan Meslier having a nightmare of a game, one that he would love to forget quickly.

Apart from the result, what should disappoint the Leeds fans is that Kalvin Phillips has now picked up five yellow cards, which means he won’t be available for the game against Brighton.