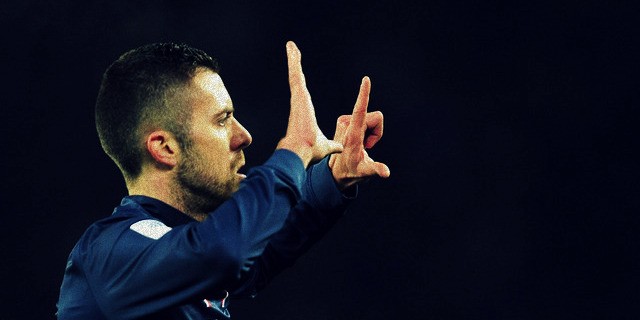 Liverpool have been linked with versatile Paris Saint-Germain forward Jeremy Menez with a proposed summer switch thought to be on the cards.

Menez has fallen quickly out of favour with the French giants after failing to make a dramatic impact at the club this season. He has been in and out of the side with 18 starts and six sub appearances producing just two goals.

This may not strike Liverpool fans as a brilliant strike rate but he is often used in a number of different attacking roles, which is something that would make him a shrewd signing for Brendan Rodgers and explains his inconsistency finding the back of the net.

He can play at the top of the midfield, as a number ten or he can lead the attack. Liverpool would most likely buy him as an option in all three areas and PSG’s willingness to release him could work in the club’s favour.

He could be very useful for the club in an attacking midfield role which would take some of the pressure away from Steven Gerrard and Philippe Coutinho, both of whom have been the driving creative forces in the side over recent weeks.

He also offers a great physical presence than Coutinho because he’s taller and just looks physically stronger, which prevents the chance that he’ll get brushed off of the ball easily inside the final third.

He can also play a wide role which he has done for Carlo Ancelotti at PSG this season. That is perhaps more significant than anything else because it provides cover for teenager Raheem Sterling.

It also release Suso to play a more central role in the side when he’s selected and means that Rodgers could start to blend Jordan Ibe into the first team squad, with the advantage of having someone far more experienced on the other wing.

It could work in their favour because they should be willing to let him go for a cheaper price. After this summer he will only have one year left to run on his contract, which means the summer is one of the final chances the club will have to get a fee for him.

Liverpool can get themselves into a good position where they can play hard ball over his transfer, meaning a fair price that allows Liverpool to spend a larger chunk of their limited budget elsewhere.

There is likely to be competition for him but Liverpool have a package they can sell which is headed by Brendan Rodgers and it will look all the more impressive if the club can retain important players like Luis Suarez for next season and end the campaign with European football in the bank.