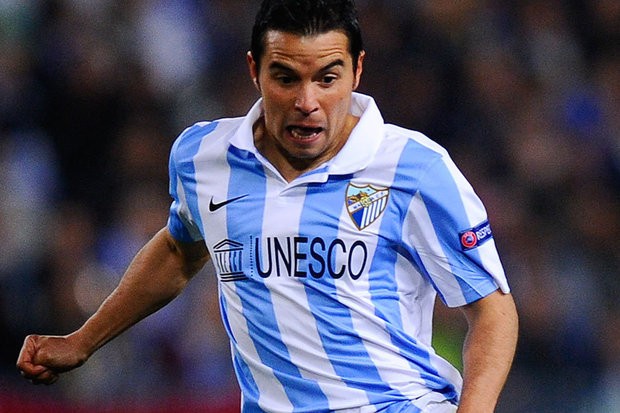 The two parties are said to be thrashing out a deal, but have yet to confirm the news.

The Argentine international is currently a free transfer after being released by Malaga, and the London side are said to be the favourites to procure the 31-year old’s signature.

‘Javier is more than keen on linking up with Harry Redknapp. He knows his teams play good football and the chance of helping QPR to promotion is genuinely appealing to him. Javier’s next move is not about the finances, he wants a footballing challenge and England gives him that.’ – A source close to Javier Saviola who spoke to Sky Sports.

Signed by Malaga on a free transfer in 2012, the Argentine made 36 appearances last season, scoring nine goals.

Queens Park Rangers regard the striker as an ideal choice with the vast amount of experience he brings from his time playing for some of world’s top sides – River Plate, FC Barcelona, AS Monaco, Sevilla, Real Madrid, and SL Benfica. He scored 149 goals in over 440 games in his career. While representing Argentina on 40 occasions, he scored 11 goals.

Harry Redknapp, manager of the Hoops, is hopeful Saviola’s experience of playing at the top level can aid the side in instant promotion back to the Premier League. The 66-year old has previously tried to sign the striker on more than one occasion while managing Portsmouth and Tottenham Hotspur.

West Ham United and Celtic were two sides also reportedly keen on signing Saviola this summer, but have yet to make their interest official.

The 31-year old regards the Premier League as a great challenge and is hoping he can end his career in England should he sign this summer.