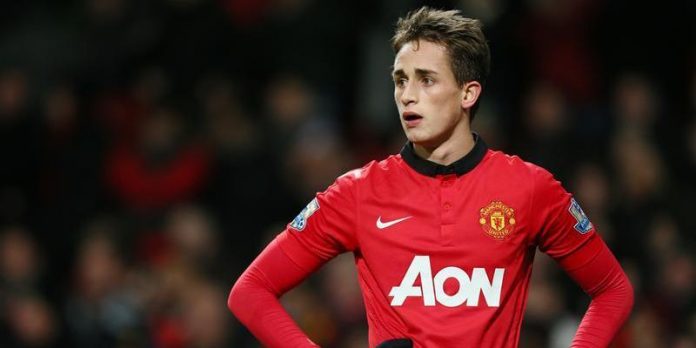 The agent of Manchester United’s rising star Adnan Januzaj has revealed that not only did his client reject the overtures of mega-rich PSG last October, but by committing his future to United, he became the world’s highest paid youngster, earning a wage that surpasses that of Lionel Messi and Cristiano Ronaldo when they were his age.

Januzaj, 19, has been a solitary shining light for the deposed champions in what has been a disastrous first campaign without Sir Alex Ferguson, and agreed to a five-year contract reportedly worth around £50,000 a week last October.

But the attacker may not have been long for the Premier League, with PSG’s Qatari owners attempting a last-ditch raid for his services just before he committed his future to United.

Januzaj’s agent, Dirk De Vriese, told Belgian publication Sport Voetbal of the intensity surrounding his client only minutes before the youngster decided where his future lied:

“Minutes before Adnan signed a new deal at Manchester United, PSG offered us an astonishing deal. As Adnan was a free agent at the end of the season, the Qatari were ready to offer anything,”

“I can say Adnan’s the best paid youngster in the world. He earns more than [Cristiano] Ronaldo and [Lionel] Messi when they were 18. It could have been interesting from a commercial point of view (a move to PSG). But money has never been a deciding factor in his choice.”

Perhaps Januzaj’s agent, Mr De Vriese, used PSG’s last minute interjection as a power-play to bump up the offer coming from Old Trafford? How much more were PSG willing to pay him?!

Regardless, his stunning salary shows just how highly United rate the Belgian, and with a World Cup berth potentially around the corner, the world may get to see one of the brightest talents on the planet strut his stuff on the grandest of stages.

What do you think? Is Januzaj worth £50,000 per week? Get involved in the comments below…