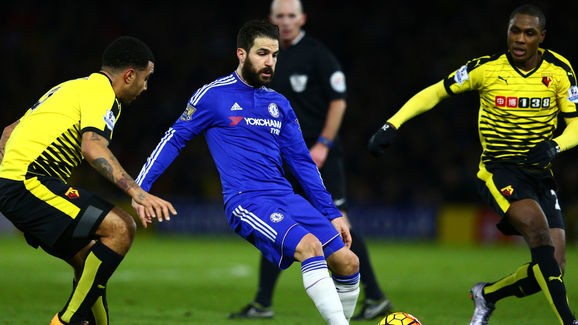 The former Liverpool and Tottenham Hotspur midfielder has been impressed with the impact that Ighalo has made at United since his move to Old Trafford in January.

Ighalo joined the Red Devils on loan from Chinese outfit Shanghai Greenland Shenhua in the January transfer window until the end of the season.

The former Watford and Changchun Yatai striker has scored one goal in two Europa League games for the Red Devils and has played 59 minutes in the Premier League, according to WhoScored.

Redknapp told Sky Sports about Ighalo: “Brilliant signing. There was no doubting his ability. Even at Watford he showed glimpses and Ole obviously knew him, so they’re inspired signings and they’re the ones you want.

“If you’re building a team for the future, you’re not going to put Ighalo in it for the next five years but right now, as a stop gap with Marcus Rashford injured, Ole needed somebody to come in and make a difference and against Derby he was fantastic and took his second goal extremely well.

“And that will give him a lot of confidence. Even if he doesn’t start, to come off the bench and make a difference, that’s what you need as a manager.”

Ighalo is not a world-class striker, but the 30-year-old knows the Premier League well, having been at Watford.

The Nigerian is a smart short-term signing for the Red Devils, especially with Marcus Rashford injured at the moment.

With United aiming to finish in the top four of the Premier League table this season, the striker could score some very important goals in that quest in the coming weeks.

United are seventh in the Premier League table at the moment with 42 points from 28 matches, three points behind fourth-placed Chelsea.

The Red Devils will take on Manchester City at Old Trafford in the league on Sunday afternoon.