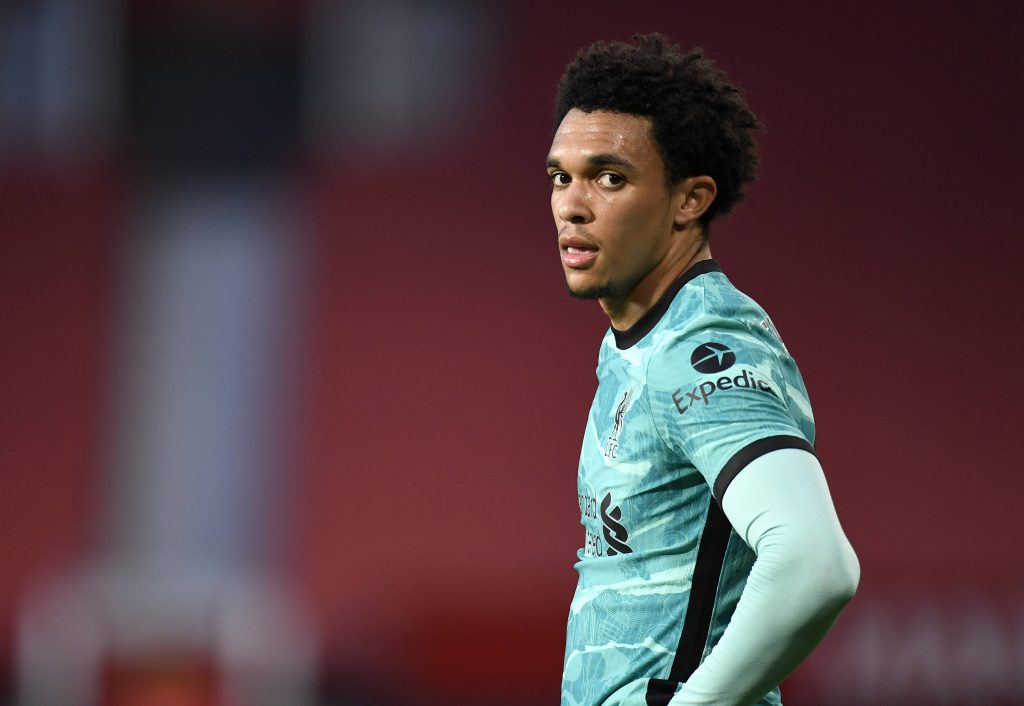 Liverpool’s chances of a Champions League place received a massive boost after they won 4-2 at Manchester United on Thursday.

Jurgen Klopp celebrated his first win at Old Trafford in a thrilling contest between the two sides.

The result moved Liverpool up to fifth in the Premier League, four points behind Chelsea having played a game less.

The home side took the lead through Bruno Fernandes, and it felt like it would be another tough night for the Reds.

However, they showed the spirit of last season and produced moments of exceptional quality to seal all three points.

Roberto Firmino scored twice, while Diogo Jota and Mohamed Salah added to their goal tally. However, it was Alexander-Arnold’s inspirational performance that made a huge difference.

Carragher took to social networking site Twitter after the game. He was full of praise for the Liverpool right-back, although his tweet also mentioned the superb work done by Firmino.

Huge win for @LFC & great to see Bobby back in the goals! But MOM was @TrentAA whose passing was outstanding. It’s unique that a fullback is the most creative player in any football team, but that’s what he is for this team! #MNULIV

Carragher is absolutely spot on here. The Liverpool midfield hardly offers any creativity, with Gini Wijnaldum, Thiago Alcantara and Fabinho focusing on industry and ball retention.

The full-backs provide a creative impetus for the team, with Alexader-Arnold being the better of the two. At times he is like Kevin De Bruyne operating from right-back.

Alexander-Arnold is a world-class player. He is only 22, and the chances are high that he will only get better with age.