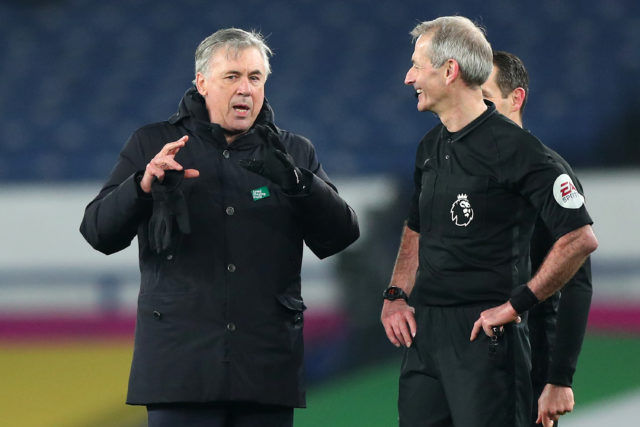 The Toffees secured back-to-back wins in the Premier League on Monday night after they defeated Southampton 1-0 at Goodison Park.

Everton are only two points behind fourth-placed West Ham United with a game in hand. With 12 games remaining, they have an excellent chance of qualifying for the Champions League.

However, Carragher has suggested that “they may just fall short” in the race as teams like Liverpool and Chelsea have better squad depth than them.

He also made a bold claim that if Everton don’t qualify for Europe that will be a disappointment, adding anything should possible with an experienced manager like Carlo Ancelotti at the helm.

The Sky Sports pundit suggested that Everton should at least qualify for the Europa League. But, given the situation they’re in, there’s no harm to aim for Champions League qualification.

🗣"If they don't qualify for Europe that will be a disappointment" @Carra23 thinks Everton will fall short of getting Champions League football but believes they will be able to get Europa League pic.twitter.com/lYHQzIE2LY

Carragher is absolutely spot on here. In fact, Ancelotti has said time and again this season that they are looking to build a foundation step-by-step.

The Italian boss suggested yesterday that getting into the Champions League “will be a dream”, but his side will keep on fighting until the end.

In other news, Danny Murphy has claimed that Everton could miss out on the top four this season.