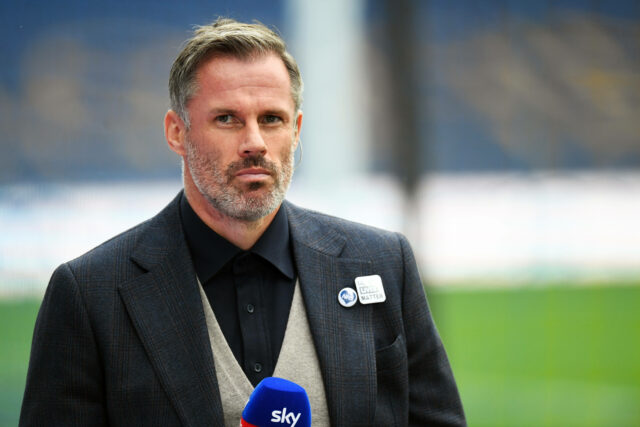 Jamie Carragher says he is convinced the idea of the European Super League can be stopped if everyone ‘keeps banging the drum’.

Twelver clubs – including six Premier League clubs – want to break away from the existing system. However, the other 14 clubs are getting ready for the fight.

UEFA president Aleksander Ceferin has even called Juventus’ chairman “a liar” and the clubs “snakes”.

The Slovenian criticised the attitude of the club owners who he said view the game as a “product” and fans as “consumers”.

There were rumours that Liverpool manager Jurgen Klopp could leave the club at the end of the season if the plan goes ahead.

While Klopp has vowed to honour his contract, he has insisted he would try to “sort it somehow” with Fenway Sports Group.

The decision from the top six clubs has sparked a massive furore among the fans. After observing the protests from both Liverpool and Leeds United fans and other pundits, players and managers, Carragher is convinced that ESL plans can be stopped.

At Sky Sports yesterday I felt resigned to #SuperLeague happening, but during #MNF after hearing managers, players & fans from @LUFC @LFC I’m convinced if we all get together & forget our tribalism we can stop this. Keep banging the drum @SkySports @btsportfootball @BBCMOTD

Klopp has made it absolutely clear that he and his players do not support the proposal. There is a high chance that the German could leave the club if they decide to break away from the existing set-up.

Carragher has suggested that Liverpool would tear the stadium down if Klopp leaves the club as a result of this mess.

🗣 "If Klopp left, Liverpool fans would have those owners out within a week. They would tear that stadium down. Those owners will not know what has hit them if Klopp leaves. That man is the most powerful man at Liverpool Football Club."@Carra23 on Jurgen Klopp & the ESL pic.twitter.com/wXSw4Md2EW

In other news, Gary Neville has said that Jurgen Klopp has destroyed Liverpool owners in the national media.