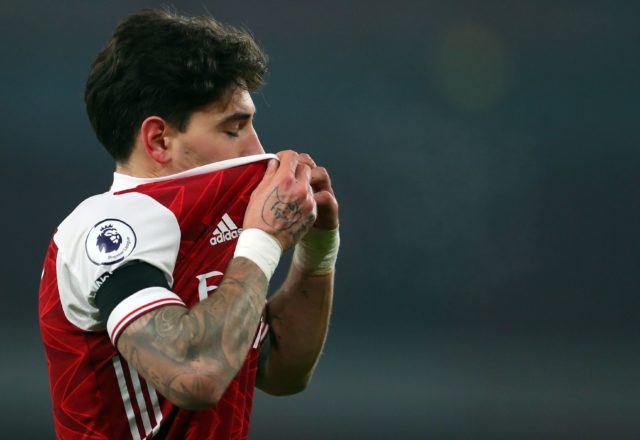 Carragher feels that Mikel Arteta got horribly wrong with his tactics against Spurs in the north London derby, and that the Gunners were naive in their approach.

Although Arsenal enjoyed the lion’s share of possession, they hardly troubled the Spurs back-line. They lacked penetration, while Spurs punished them on the counter.

The Sky Sports pundit has praised Spurs duo – Harry Kane and Son Heung Min – claiming they are the ‘most dangerous combination in European football right now’.

He has criticised Bellerin’s position during the game and the amount of space Arsenal left for the Spurs duo to exploit. First, let’s go through what Carragher actually said:

“Who is the most dangerous combination in European football right now? Kane and Son.

“The message in Bellerin’s head from the manager going into the game has to be, when the ball is on the other side, I’m next to my centre-back.

“Bellerin’s job for me is to get the ball, feed Willian and support from behind, very rarely overlap unless it’s 100 per cent on. Do not leave them that space there. But what do they do? They do that exact thing.”

I will break down his observations in two parts.

First, Kane and Son partnership: The credit must be given where it is due, and Jose Mourinho deserves it for finding a way to get the best out of his two world-class players. They have developed telepathic chemistry between themselves. Kane dropping deep and feeding the ball to Son, and vice-versa has become a recurrent theme for Spurs this season, and the club reaping its benefit.

Second, Arsenal’s naivety: Mourinho’s tactical blueprint for big games is well-known. Spurs give the impression that the opposition are dominating by allowing them to enjoy possession, and that is when they hit them on the counter. That’s how exactly Mourinho got the better of Pep Guardiola in Spurs’s 2-0 win over Manchester City last month.

Bellerin is a naturally attacking full-back, and it was naive of him (and from Arteta as well) to leave space for Spurs to exploit the gap from his side.

Arteta guided Arsenal to FA Cup success last season, but they’ve been very poor this term. The derby defeat leaves them 15th in the league table – their worst possible start in the Premier League era.