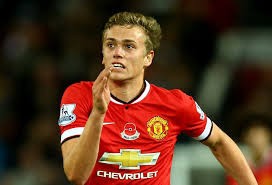 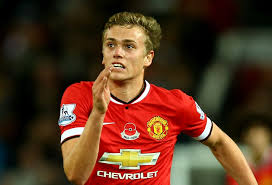 James Wilson has admitted that he is confident of having a future at Manchester United after being a part of the squad this season.

The 19-year-old came up through the ranks of the Red Devils’ academy, before making it into the first team under the Ryan Giggs’ interim management last May. He scored his first goal of the season during United’s 2-0 victory over Louis van Gaal at Loftus Road.

Wilson is the fourth choice striker at Old Trafford, behind Robin van Persie, Radamel Falcao and Wayne Rooney. However, the former Barcelona and Bayern Munich manager has used United skipper in the midfield role, which has seen Wilson come off the bench on several occasions this term.

“The point was probably just after the first two weeks when I was getting on the bench and making a few appearances. It was then when I thought ‘I’m in the squad now’,” Wilson told United’s official website.

“Even in training now I have felt a lot more confident, it has helped me a lot. They say your first goal of the season is probably the toughest one to score. Hopefully that is just my first one and I can keep going game by game, getting as many minutes as I can and a few more goals.”

“The first few weeks were I suppose a bit strange because I hadn’t been around the players for long, which is natural. But the lads were all great with me and were constantly speaking to me.”

“I would say that I am a bit of a quiet person anyway, but they have helped me to progress as a person and a footballer,” United striker added.