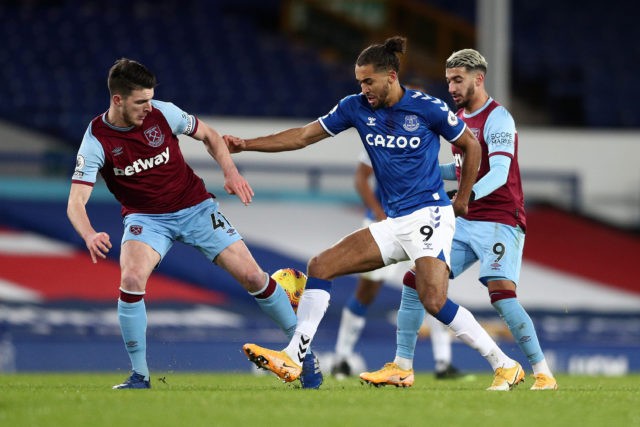 The Colombian international is highly impressed with Calvert-Lewin and feels the England striker can score 30 goals this season.

The 23-year-old striker has taken his game to a whole new level under Carlo Ancelotti and has already netted 14 goals in all competitions this year.

Rodriguez has insisted that Calvert-Lewin always loves to score goals and that he seems ‘so ambitious’.

Calvert-Lewin has impressed heavily this season. Not only has he become a reliable goalscorer, but his overall game has improved a lot. And the Colombian hopes that the young striker can become the first Everton player to score 30 goals in a season since Gary Lineker in 1986.

“That’s a great thing because all strikers are always looking for opportunities to score. I think he’s the same.

“He’s also a very young player, but still, he seems to be so ambitious. He’s hungry to score. I hope this year he’ll score 30 goals.

“This would definitely help the team achieve great things and get points.”

The front three of Calvert-Lewin, Rodriguez and Richarlison made a strong impact at the start of the season, but injuries to the latter two at various points this season has disrupted Everton’s system.

However, with Rodriguez back to full fitness, Ancelotti will be hoping that the front three will come good once again.

If Calvert-Lewin can get anywhere close to the 30-goal mark, Everton – who are seventh in the Premier League table – can expect to fight for European places this season.