Bournemouth midfielder Jack Wilshere was linked with a Rangers move last October, with reports claiming that he was in advanced talks with Scottish Premiership giants over a switch.

At the time, the former Arsenal star had been released by West Ham United on summer transfer deadline day, with the remaining months on the three-year £100,000-a-week contract he signed in the summer of 2018 cancelled.

A move to Ibrox was said to be on the cards, but Wilshere, 29, joined Championship side Bournemouth instead earlier last month, putting pen to paper on a deal until the end of the season.

The midfielder has taken to Instagram to address those Rangers during a Q & A session, replying as follows when asked why he did not sign for Steven Gerrard’s side. 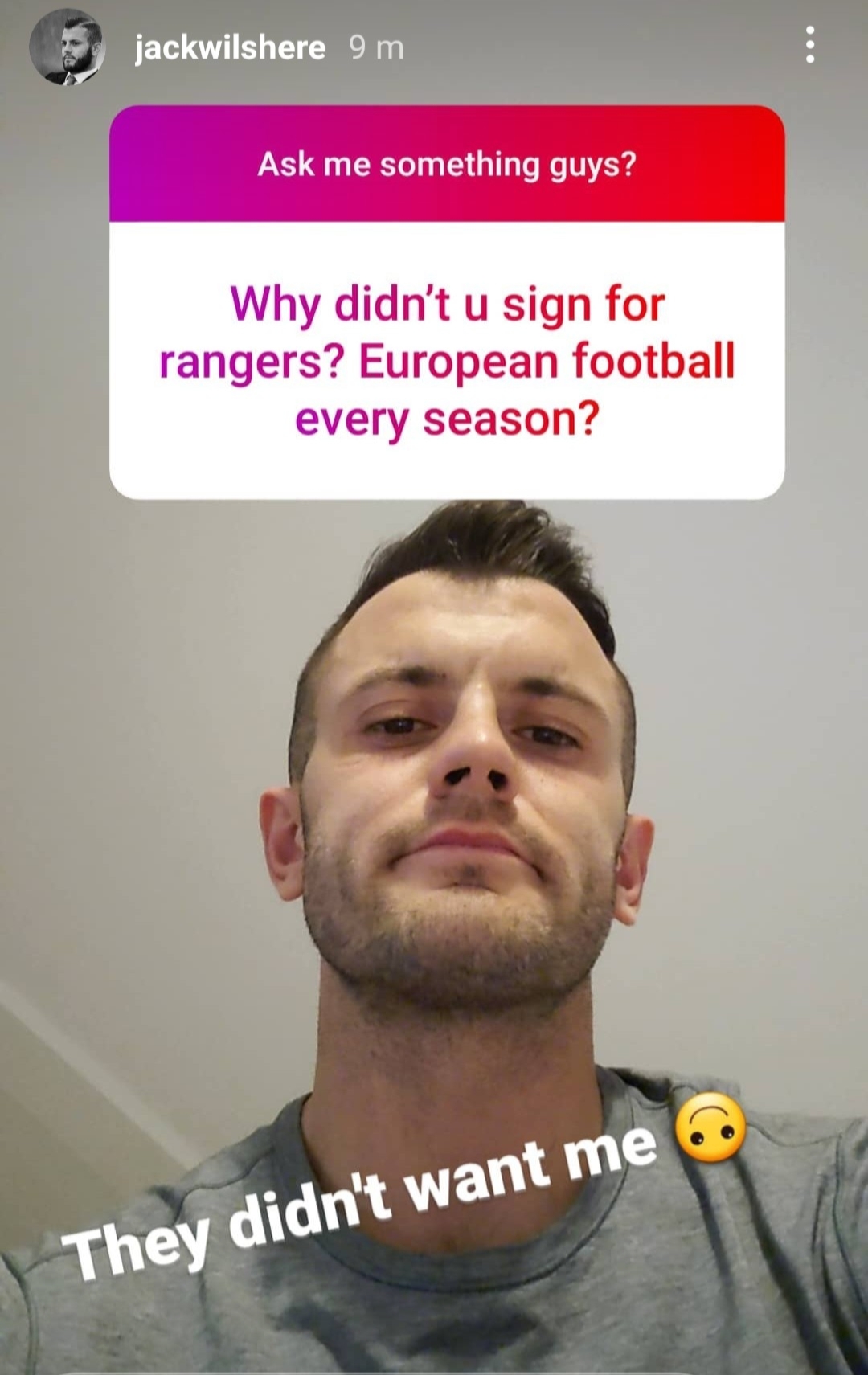 Rangers did appear keen to take a punt on Wilshere going by reports in the media, with talkSPORT claiming that a potential switch to link up with the Scottish Premiership soon-to-be champions “shouldn’t be ruled out”.

He only played just 19 times for West Ham, and he had to prove his fitness for Bournemouth during a training spell before he was eventually signed.

Wilshere clearly still loves the Premier League and will be hoping to help the Cherries seal promotion.

The Englishman is keen to prove himself all over again in the top-flight, and it will be interesting to see how he fares should Bournemouth return to the big time at the end of the campaign.

Rangers were previously seen as of retirement home for players past their peak and in the twilight of their careers, but their performances in the Europa League this term have changed that narrative.

The Light Blues have been a different team under Gerrard this season as Celtic have found out, and Premier League stars will not find it easy walking into the side if they are past their prime.

In other news, Rangers are set to sign this American midfielder.