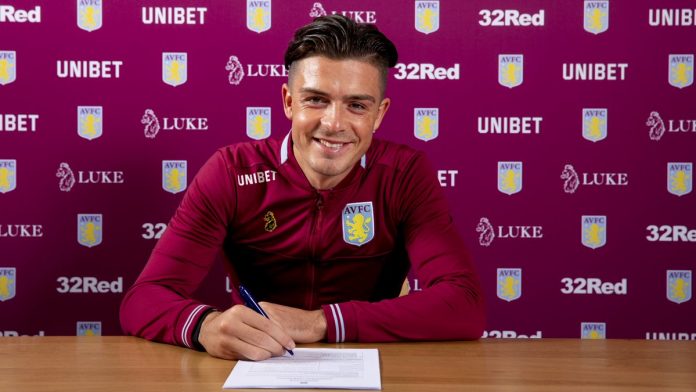 The Championship club have announced the agreement on their official website.

The 23-year-old attacking midfielder has signed a five-year contract and it will keep him at Villa Park until 2023.

It has been quite a turnaround as far as Grealish’s future at the club is concerned. The midfielder was expected to leave the club in the summer because of Villa’s financial problems.

However, the new investors balanced the books and decided to keep him at the club. The player has now committed his future to the club for another five years.

The fans will be delighted to see that a key player has chosen to extend his deal at the club.

Grealish was crucial to Aston Villa’s promotion push last season and they will be looking to do the same this year.

The 23-year-old has been with his boyhood club since eight-years-old and he will be looking to secure promotion with them next summer.

Christian Purslow, the CEO, said: “Securing the long-term future of Jack, a player we believe will play a pivotal role in leading Aston Villa back to where it belongs, is fantastic news for everybody associated with our football club. He is a tremendous talent who has been with us since he was a child and naturally we are delighted that he has now committed the next five years of his career to Aston Villa.”

Here is how the Aston Villa fans have reacted to the club’s announcement.

HES ONE OF ARE OWN

Now sack Bruce to make this the best day ever

Superb news!
Now it’s down to the club to build something around him that makes him want to stay and be proud of his club. #AVFC

@AVFCOfficial great news. But this is not the statement I wanted today first. Make my day and sack Bruce aswell ??

Congrats @JackGrealish1 well deserved and a brilliant move for Villa and your career. You can go on to be the best Villa player of all time. Now go get us back into the PL #AVFC

Fantastic news however the awful news is you haven’t sacked Steve Bruce yet.

i love this and him so much