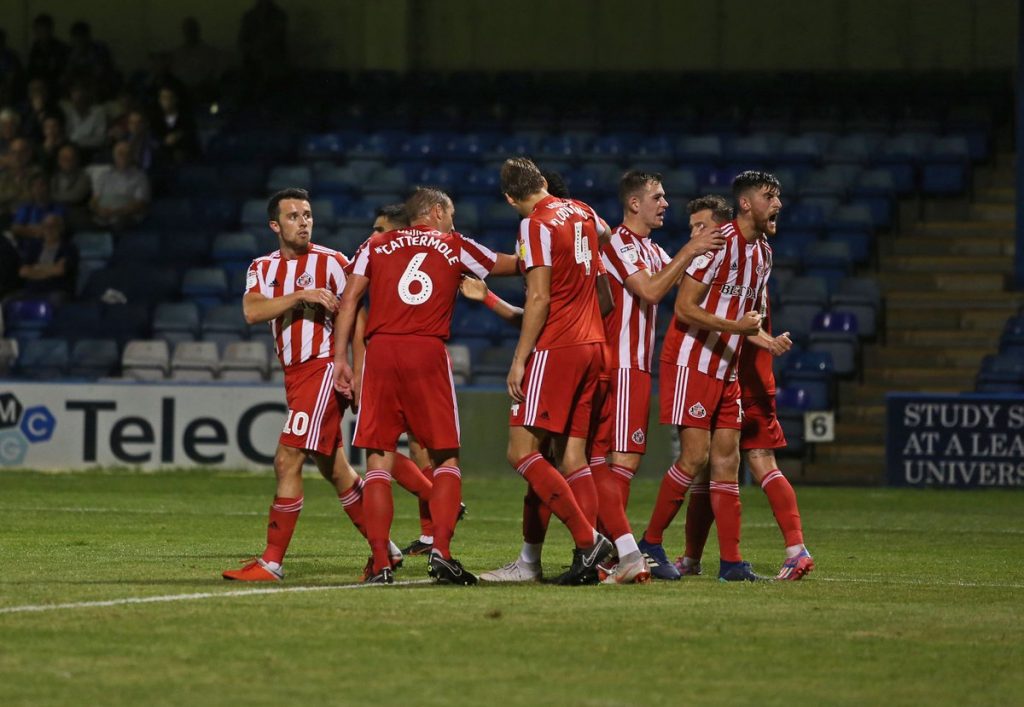 Sunderland maintained their unbeaten run in the 2018-19 campaign after winning against AFC Wimbledon on Saturday.

The Black Cats are flying high in League One this season, and after their 2-1 victory over Wimbledon, Jack Ross’s side find themselves second in the league with 13 points from five games.

Wimbledon looked more threatening in the first half, but after the interval, it was Sunderland who created better chances. In the end, they were deserved winners but it was a hard earned three points.

Sunderland defender Jack Baldwin took to social networking site Twitter after the match to express his reaction. He admitted that it was not the prettiest of wins but was happy with the result.

Not the prettiest of games today… But 3 points at the end of it is all that matters! Good end to a big week
?⚪️? pic.twitter.com/ZMbDcW6PCc

The Black Cats fans responded to his tweet and praised him for his performance. Here are some of the best responses:

Get in Jack lad, you’ve been brilliant the last few games ??⚪️? #HAWAYTHELADS

You’ve been class this season lad. Brick wall at the back

Any game is brilliant where you come away with 3 points! Well done. ?⚪️❤️

Absolute beast at the back again today ?? what a player

The 25-year-old has played in all the four games in League One so far and he has been one of the consistent players for the club this season. Sunderland enjoyed 53% of possession, and registered 10 shots of which they managed to keep five on target.