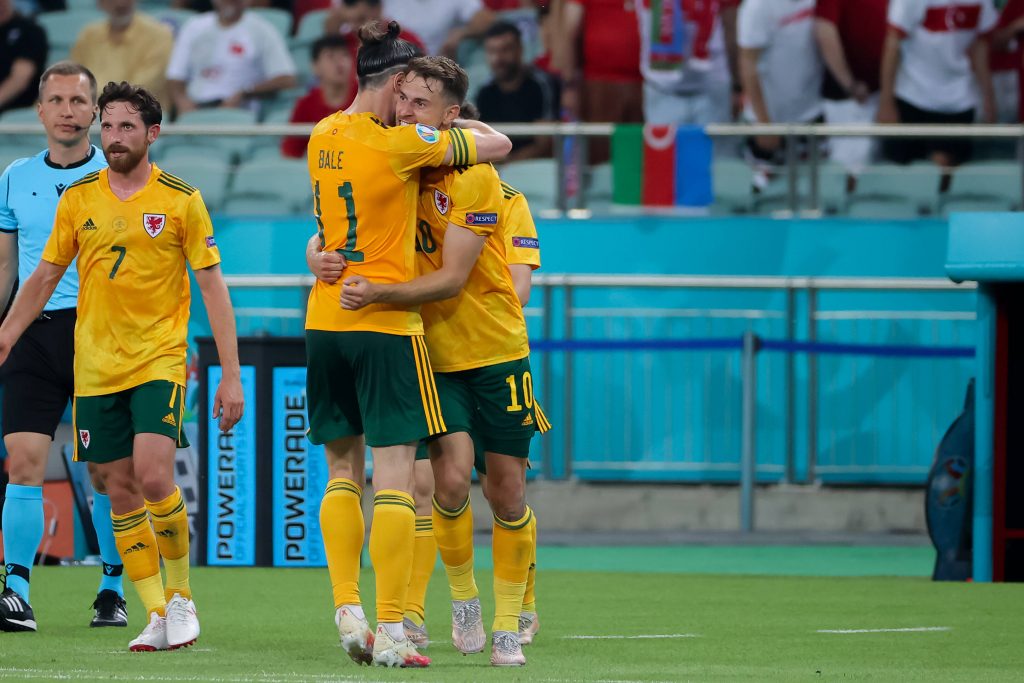 Stadio Olimpico is the venue as Italy lock horns with Wales in their final match of Euro 2020 Group A on Sunday.

Italy became the first team at Euro 2020 to secure a place in the knockout stage with an overwhelming 3-0 triumph against Switzerland in their second group stage match.

Meanwhile, Wales will all but solidify a top-two finish in Group A if they avoid defeat against high-flying Italians.

No team at Euro 2020 has been as nearly impressive as Italy so far, with Azzurri’s determination, desire and team spirit being off the scale among the 24 participants.

Roberto Mancini kick-started their Group A journey with a 3-0 thrashing of Turkey on Matchday 1 before hammering Switzerland last time out.

The Italians are undefeated in 29 consecutive international fixtures (W24, D5), winning the last ten in a row without conceding once.

If they stay unbeaten against Wales, Italy will tie their all-time longest undefeated record of 30 matches between 1935 and 1939.

Lazio star striker Ciro Immobile found the back of the net against Turkey and Switzerland and will be looking to close the gap on the tournament joint-top scorers Patrik Schick and Cristiano Ronaldo.

But all eyes at the Stadio Olimpico are likely to fall on Sassuolo midfielder Manuel Locatelli, who is having a remarkable European Championship of his own.

Wanted by several of Europe’s big guns, including Pep Guardiola’s Manchester City, the 23-year-old playmaker scored a brace against Switzerland on Matchday 2.

Locatelli forged an eye-catching midfield partnership with Chelsea’s Jorginho, showing why many consider him one of the hottest Italian prospects.

Wales pulled off a hard-earned 2-0 win over Turkey in their second group stage game following a 1-1 draw with Switzerland in their Euro 2020 opener.

The Dragons are on the cusp of advancing to the knockout stage, having achieved a similar feat in their only previous appearance at the European Championship back in 2016.

Despite missing the spot-kick, Gareth Bale inspired his team to an all-important triumph against Turkey, providing two delightful assists to Aaron Ramsey and Connor Roberts.

The Real Madrid superstar became the first player to create five clear-cut chances in a single European Championship match since this statistic became available in 1980.

Another bright spot in Robert Page’s highly motivated squad is Manchester United winger Daniel James, who has been one of Wales’ standout individuals this summer.

Blistering pace coupled with tricky feet made the 23-year-old a nightmare for the opposition defenders in the Dragons’ opening two matches at Euro 2020.

Italy and Wales have faced each other nine times, with none of those encounters ending level.

The H2H stakes massively favour the Italians, who have racked up seven victories compared to Wales’ two, winning their last meeting by a convincing 4-0 scoreline.

Additionally, the Euro 2020 runners-up have come out victorious in their previous three matches against the Dragons on home soil by an aggregate score of 11-0.