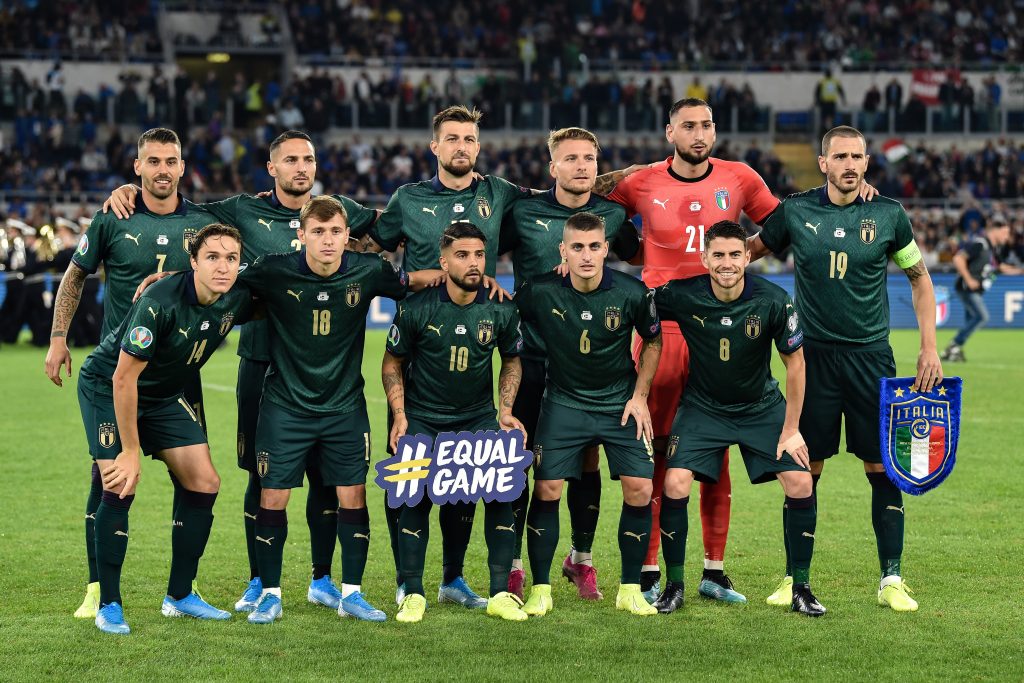 Roberto Mancini’s announcement of Italy’s European Championships squad was something special as the former Inter Milan and Manchester City boss revealed his 26-player list on June 1.

A two-hour television show dedicated to the gaffer’s unveiling of his final Euro squad for the rescheduled tournament shows how excited the Italians are about returning to the major international scene.

Although Gli Azzurri have often boasted some of the world’s strongest rosters, Mancini’s squad selection is not as eye-catching as one may expect.

Juventus veteran keeper Gianluigi Buffon has called time on his international career, but his successor Gianluigi Donnarumma has already demonstrated that he is up to the task.

The old guard is still there. Giorgio Chiellini, who might be playing his last major international tournament, will captain Italy this summer.

In midfield, Inter’s duo Nicolo Barella and Stefano Sensi will battle it out for a place in the starting XI with Chelsea’s Jorginho, Sassuolo’s Manuel Locatelli and Paris Saint-Germain’s Marco Verratti.

Mancini can also count on two Roma midfielders, Bryan Cristante and Lorenzo Pellegrini, with both players enjoying a decent season under Paulo Fonseca.

However, Italy’s attacking talent is bursting at the seams. Federico Bernardeschi, Domenico Berardi and Andrea Belotti are also in contention for the team.

Perhaps the most surprising decision Mancini has made in his squad selection is Sassuolo forward Giacomo Raspadori, who takes Matteo Politano’s place.

The highly-rated youngster has clocked up six goals in 27 Serie A appearances for Sassuolo, which has been enough to earn his first senior call-up.

Italy’s return to the major international tournament pits them against Turkey, Wales and Switzerland in Group A.

The Italians made light work of their qualifying series, winning all ten matches by an aggregate scoreline of 37-4 as they head into the tournament unbeaten almost three years.